I have not had the nerve to ask John THE question:

“Will the work be finished by April 30?”

Now that the electrical wiring is all done, John’s been working hard to meet his  self-imposed deadline.  But I know he’s had a couple of major life events to deal with recently.  So I waited a bit before checking in.

I find John working throughout this Easter weekend. For him, this is not a time to kick back and rest for the holidays.

As usual, he’s well prepared for this phase of work  — the plastering and painting.  He’s stocked up on supplies……

For patching holes in walls and baseboard …. 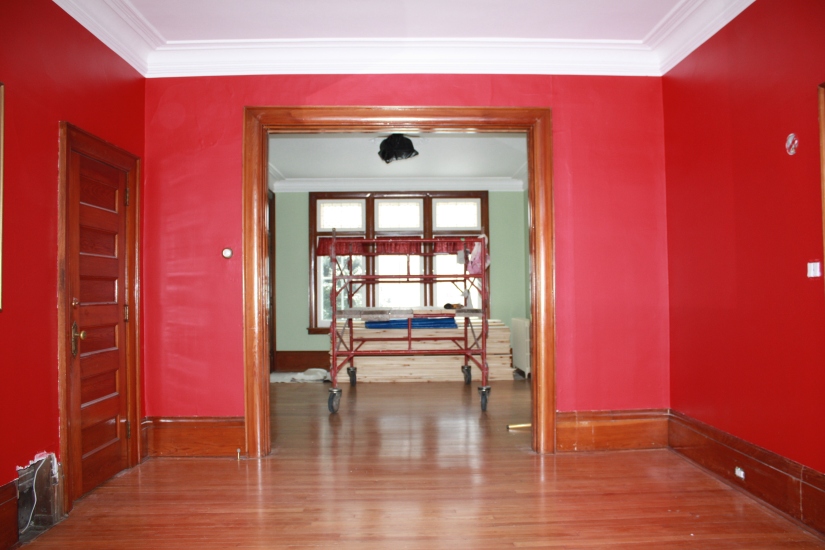 Repairing the plaster around the new light switches ….

Priming walls and painting the woodwork…. 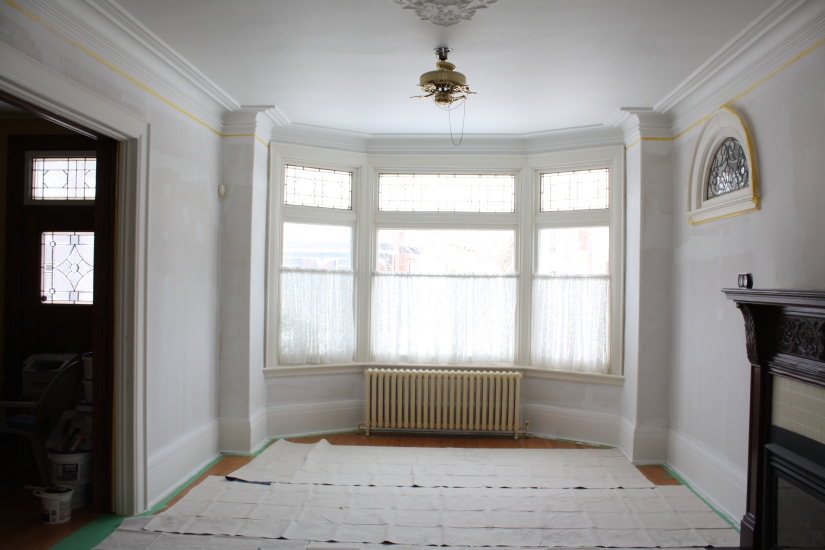 And the most delicate work of all:

The walls and ceiling of this room.

See that thing in the ceiling?  No, not the black thing – the white thing, to the left.  It’s a finely crafted medallion  – a gem rarely seen in houses today.  This medallion – along with the plaster ceiling and crown molding, was badly damaged by a water leak from the floor above some years ago.  John, intrepid soul, decided to repair them both.  But first, he had to stop the problem from recurring:

“A new eaves trough and downspouts solved this, which is what I did just after taking possession of the house.  Since then there has been no more water leaking into (the house).”

The features in this room are remarkable. The high ceilings. The medallion. The deep crown molding. The leaded windows.

Is there progress?  Heck, yes.

Have a look at this: 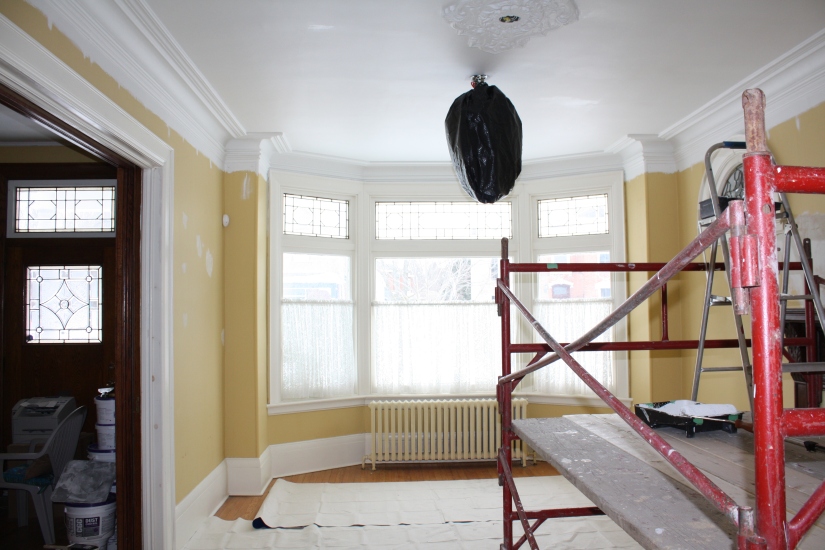 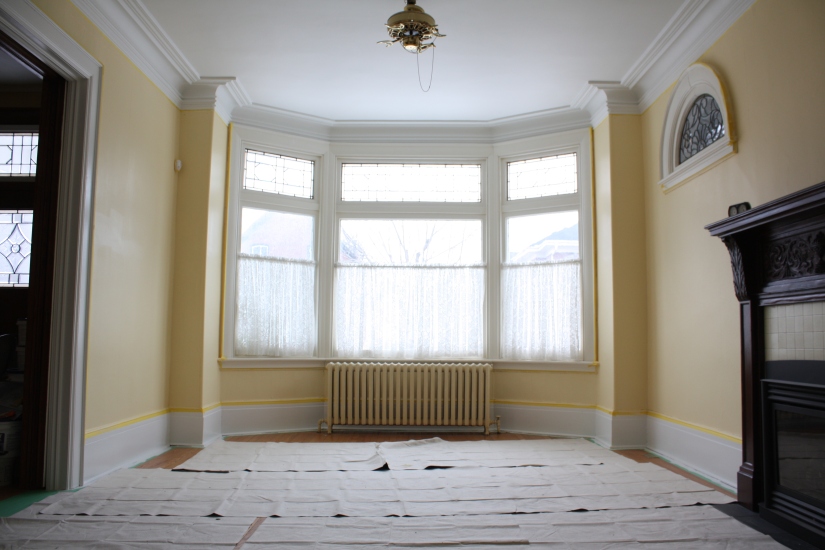 Plus, John also finished up the wood flooring on the third floor.

Seems to me like John just might get to keep his promise to Ann – that they’ll move in by month-end.  After all, he’s been working like the dickens.   But I don’t have the heart to ask him this, on top of everything he’s gone through lately.

So we’ll just have to find out together.