I grew up in the tea-drinking capital of Jamaica.

Mandeville was a mountain resort town. The air was cool, the sweaters were thick and some of the oldest homes were built with multiple fireplaces.

It was a snobbish society back then, and more British than the British. The denizens of Mandeville included the titled, the somewhat aristocratic, and those who wished they were. 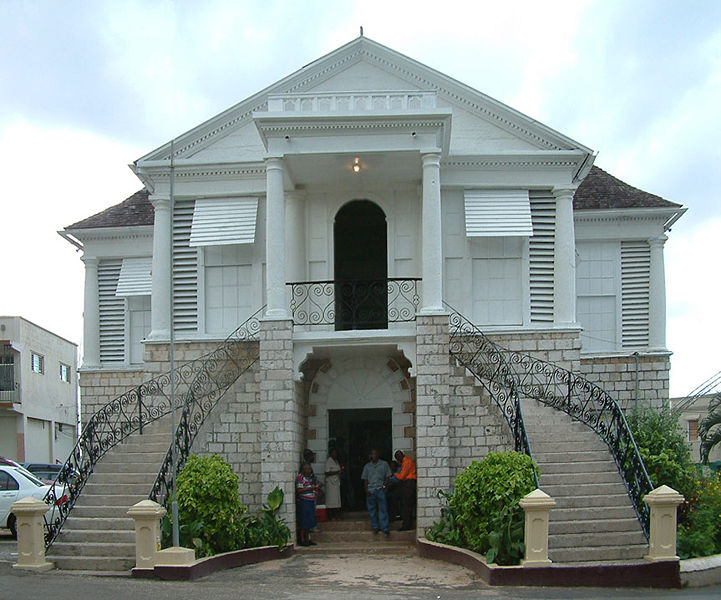 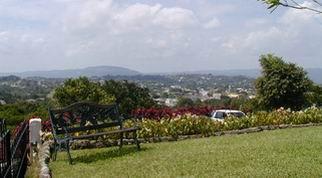 I looked down my nose at these customs.

Fast forward a few decades, and I’m at home near Toronto, when a friend serves me my comeuppance. A cup of comeuppance, you could call it. 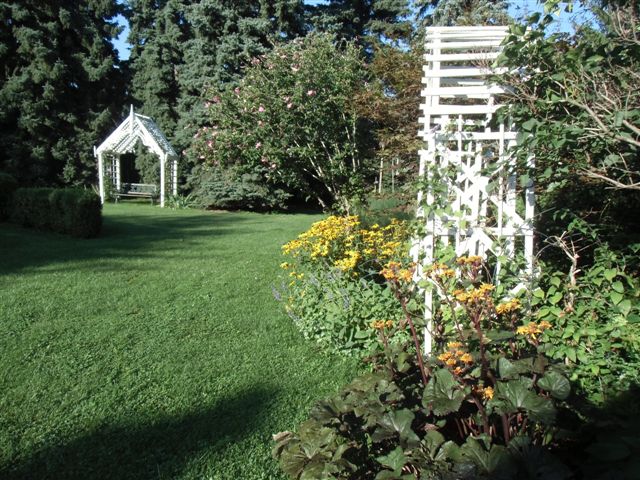 Marilyn Mirabelli, owner of Simply Splendid Victorian Afternoon Teas, catered an afternoon tea for my visitors. As you can imagine, Marilyn is passionate and knowledgeable about tea.

Guests included Shelagh Rogers, the celebrated and beloved host of the CBC’s author-interview program, The Next Chapter. Shelagh had read about our old house and garden in my book, A Good Home, and I was pleased to invite her and her colleagues Jacquie and Erin to visit.

We sat around the verandah table, drinking tea from colourful cups. 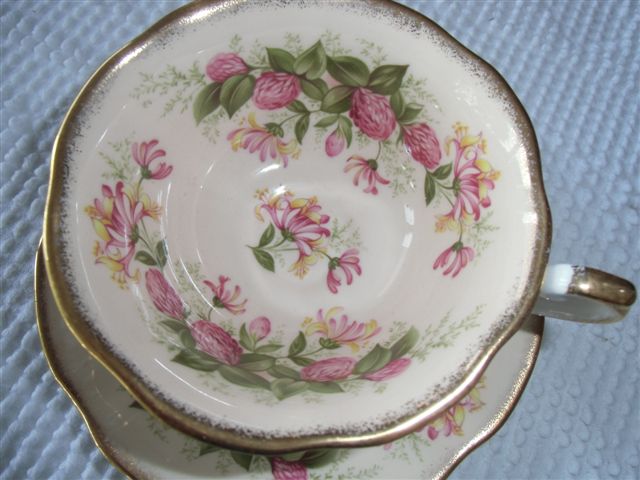 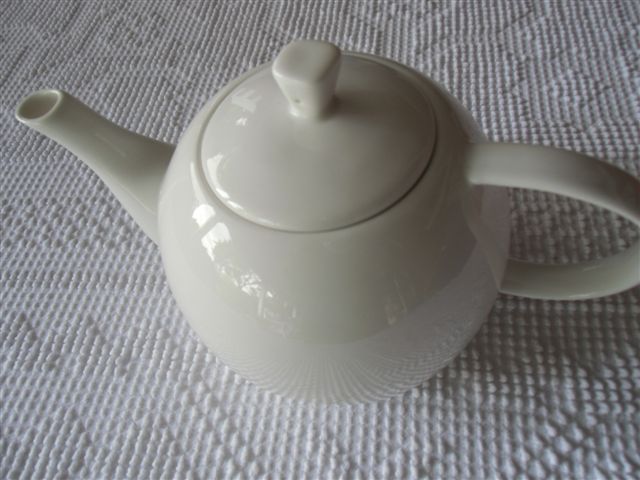 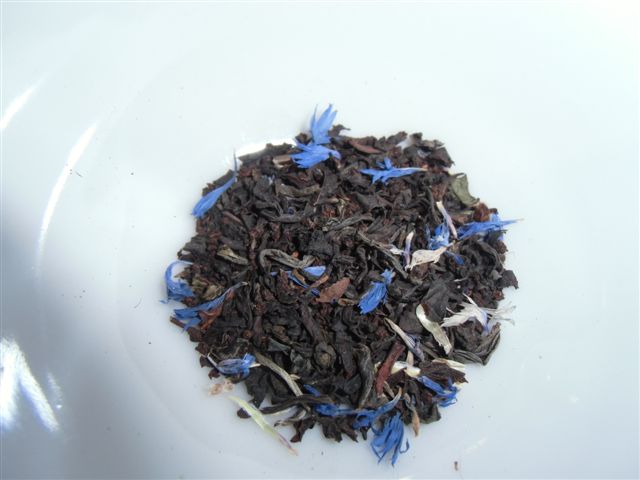 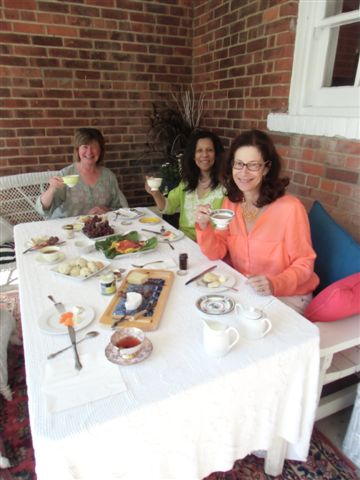 Marilyn regaled us with tea-tales. 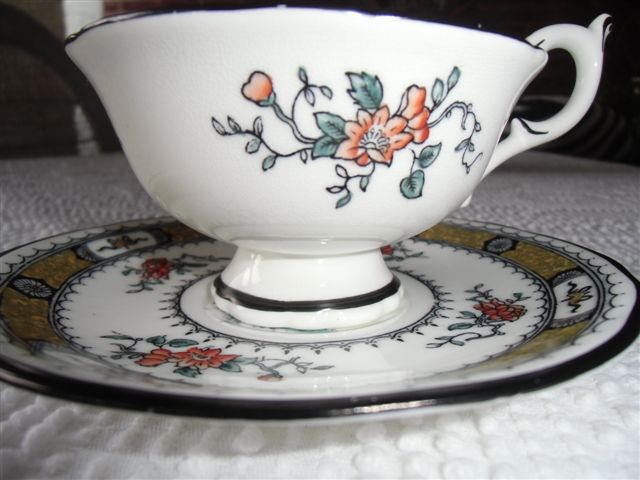 Contrary to popular belief, Marilyn said, it was Anna, Duchess of Bedford – a lady-in-waiting to Queen Victoria – who started the afternoon tea tradition.

Anna had dizzy spells in the afternoon, so the doctor prescribed tea with buttered bread. Soon, the other ladies-in-waiting joined Anna in her chamber for tea and toast. Queen Victoria liked the  ritual so much, she joined the tea party too. 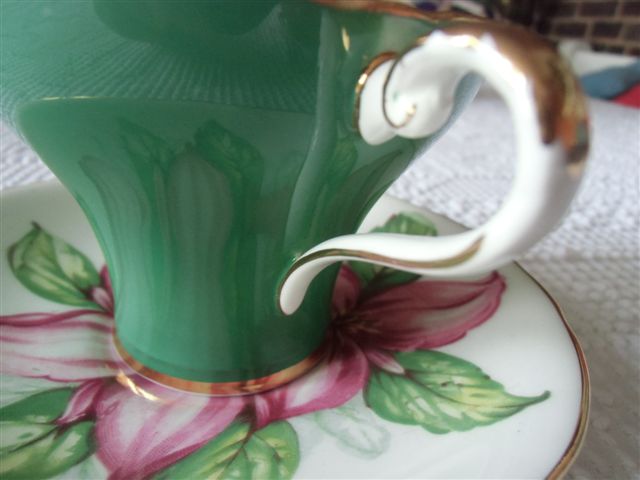 We also learned that a teacup handle is called an “ear”. Guess why?

Marilyn explained the markings on the bottom-side of our saucers, which give clues to the origins of each set. We eagerly held out our saucers to learn more. 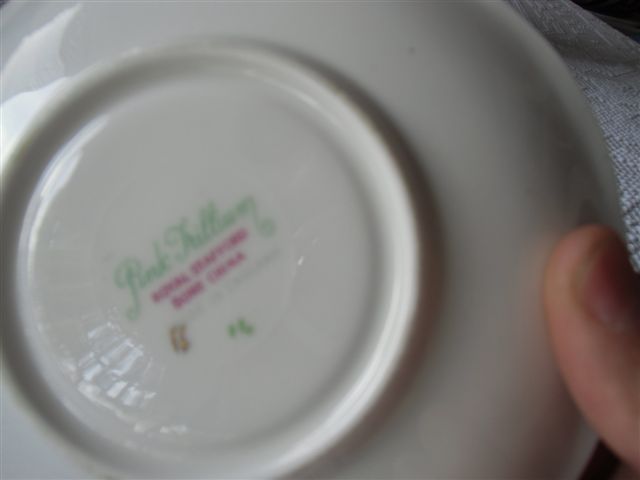 My husband dropped in to say hello. He said we were all grinning like girls at a tea party. Which I guess we were. Kinda.

Fact is, for one afternoon, I’d become a lady who does afternoon tea. 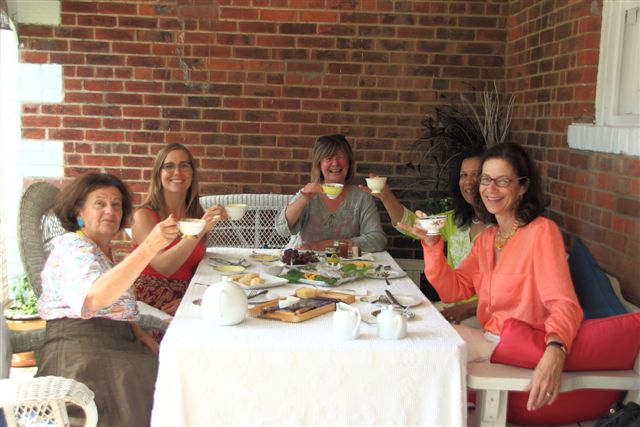 I imagined that my teenage self would have been horrified.

“But we’re not snobs!” I told her.  “And we don’t wear hats! And the teacups don’t match! And there are holes in the old chenille spread – – er, tablecloth!”

But she was not amused.

So I didn’t dare tell her that I could get to really like afternoon tea. 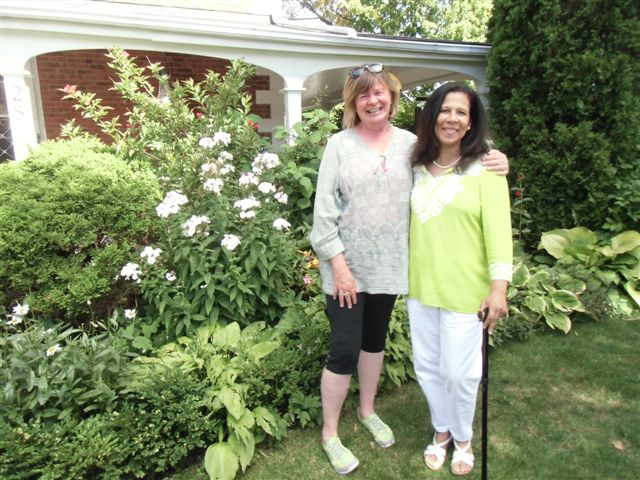 Just as long as the cups don’t match, the tablecloth has holes, no-one has a fancy title, and everyone knows how to giggle.

56 thoughts on “A Cup of Comeuppance”