People who read my books tell me the darndest things.

Perhaps instinctively knowing that I’ll never let them down — or simply because I’ve written a lot of personal stuff in my books — some readers write very personal responses in their letters and cards.

I feel privileged to read them. Every one.

Some weeks ago, one particular letter arrived. It accompanied a card, and was totally unexpected.

You see, it came from a prominent person, and the fact that he took the time to read my book — and write to me — was a huge surprise.

As you may know, I live with a strange thing called post traumatic stress disorder — one of the outcomes of a car accident of years ago.  Only very recently have I written about it.  When I did, I deliberately crafted my book, An Honest House, to provide a balance between the beauty, love and support that surrounds me in our old farmhouse, and the uncontrollable terror that always hovers, just out of sight. 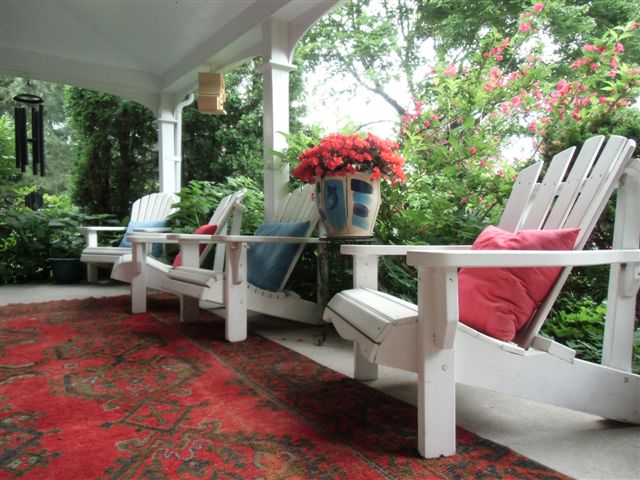 I wanted book lovers to read my book, and I particularly wanted people who struggle with PTSD to read it.  I wanted them to see, in an ‘up-close and personal’ way, how someone else lives — with and, in spite of, PTSD.

But here’s the problem: if you have it, reading about PTSD can be a death-defying thing — or so it feels. It wasn’t until after writing An Honest House that I finally read an article about PTSD – written by my own therapist, for the back of my own book! Even then, I only read it because I had to.

Shortly after my book went to print, I saw a news story about a prominent person who lives with PTSD. I wrote to commend him on revealing it in public, and also mentioned my upcoming book. He replied warmly — then warned that he’d most likely not read my book.

Imagine my surprise and pleasure, then, when I recently received a letter and card from him — just like that, out of the blue!

The letter was warm and revealing.

A beloved relative, he wrote, had recently died, and in his grief, he decided to read An Honest House. He found himself immersed in it.

I alternated between smiling and feeling choked up as I read. How moving to learn that he actually read the book and that it gave him comfort in a challenging time! And how gratifying to know that An Honest House will have a place of honour on his bookshelf.

As with the vast majority of my readers, I’ve never met this man in person, never even talked to him on the phone. I likely never will.  Yet, in a way, we know each other.

Dedicated to everyone who writes to an author whose book they’ve enjoyed.

53 thoughts on “The Private Responses of My Readers”