So I was glad to visit the village of Creemore, northwest of Toronto, last weekend. My husband, younger daughter, son-in-law, pet chug Julius and I stayed in a small farmhouse owned by friends of our older daughter.

We were surrounded by farmers’ fields, woods, birdsong, flowers, crickets and spectacular views.

It was also the weekend of the vintage festival and the village was dressed up for the event. 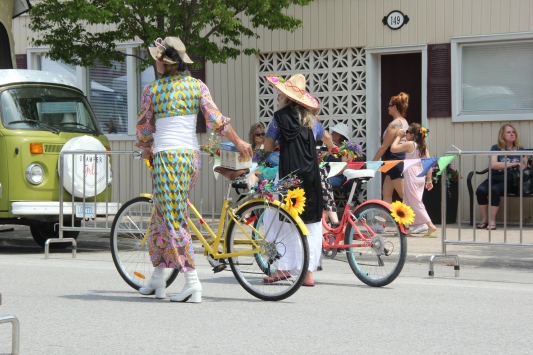 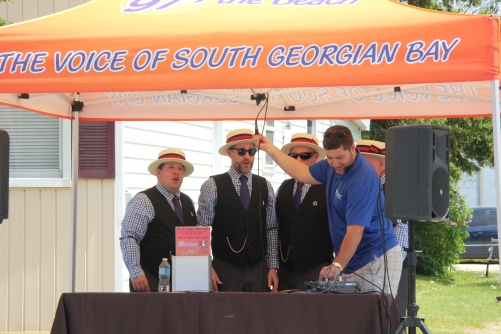 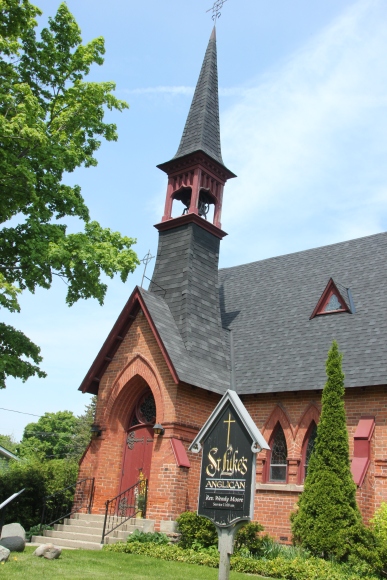 We walked along Creemore’s main street, stopping to make small purchases in the stalls and stores or to eat and drink. Creemore’s beer is deservedly famous. 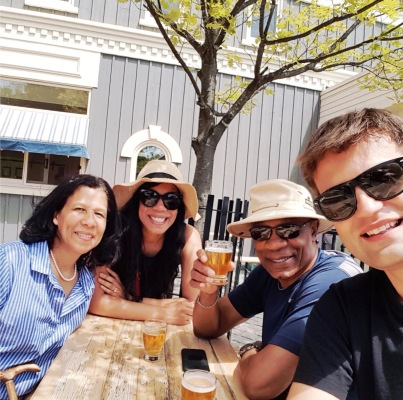 At Chez Michel restaurant, the food was excellent and the staff attentive and friendly.

In fact, everyone we met was friendly. We chatted with many people and — as you can see, above, we were happily photo-bombed by some!

Creemore has that homey feeling that I associate with my favourite villages and small towns. (And yes, that’s really a cup-and-saucer chandelier below.) 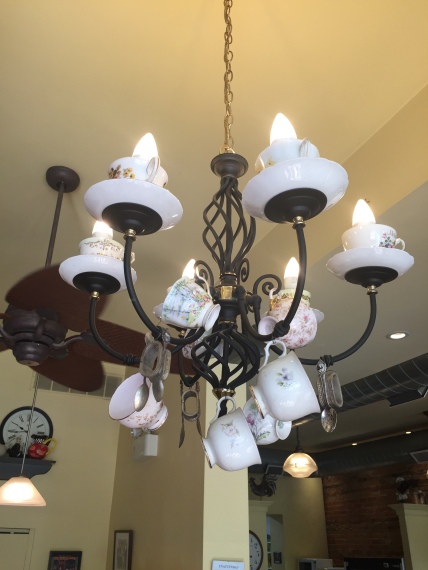 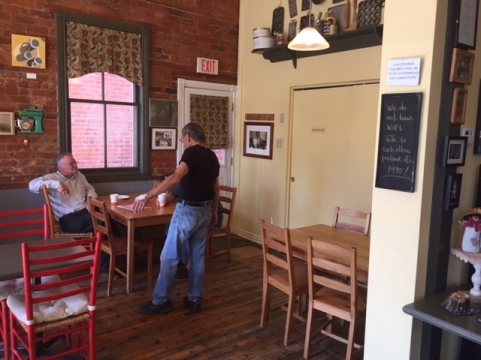 But like most rural villages, Creemore needs outside support to thrive. Events like the vintage festival attract visitors and locals alike. 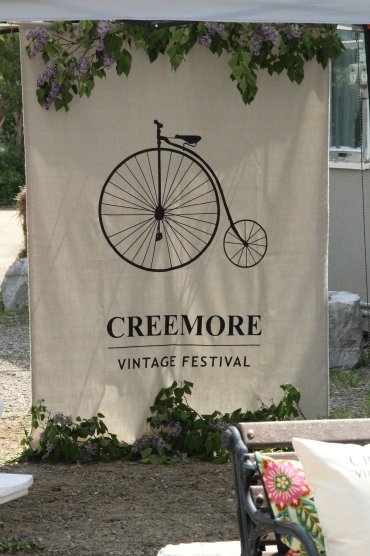 Outsiders who have fallen in love with Creemore also help by building/buying houses there and spreading the word among their networks.

Well-known interior designer Sarah Richardson and her husband are among the influencers who are big Creemore supporters.  Sarah, one of HGTV’s stars, renovated a home in the village for her TV series, and she and her husband recently built and moved into an “off the grid” house in Creemore — also televised. 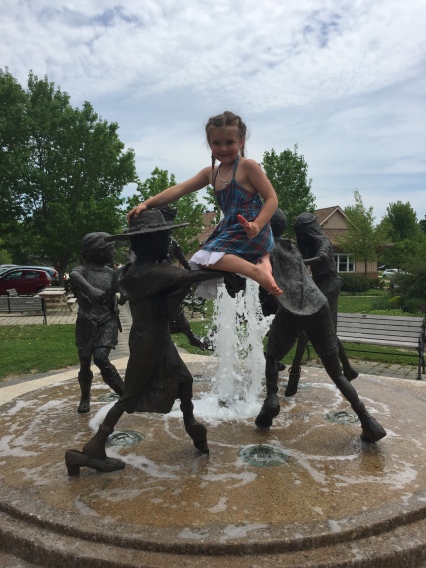 When it comes to helping our villages survive and thrive, every bit helps.

Thanks to Hamlin Grange and Dan Leca for the beautiful photos.

37 thoughts on “Two Days in Creemore”