Recently, interviewers have asked us whether the main themes of the new Myrtle the Purple book were taken from the ongoing headline stories about political misinformation and fake news in the United States.

The quick answer is “No!” The longer answer is: “At least, not intentionally!”

Co-author Lauren and I created Myrtle and the Big Mistake from the same source that inspired all previous books in the series: stories we heard repeatedly from children themselves. This one just happened to be about an untrue story being repeated till many people believe it’s true.

But perhaps children in school playgrounds and adults have more in common than we know.

Myrtle and the Big Mistake starts when someone is hurt by a fast-circulating lie.  Myrtle and a small group of intrepid ‘investigators’ track down the source.  Once he realizes that he mistakenly started a lie that has hurt someone else, Garrett the parrot does the right thing. He apologizes to the person he has hurt. Then he goes back to everyone and corrects his mistake. 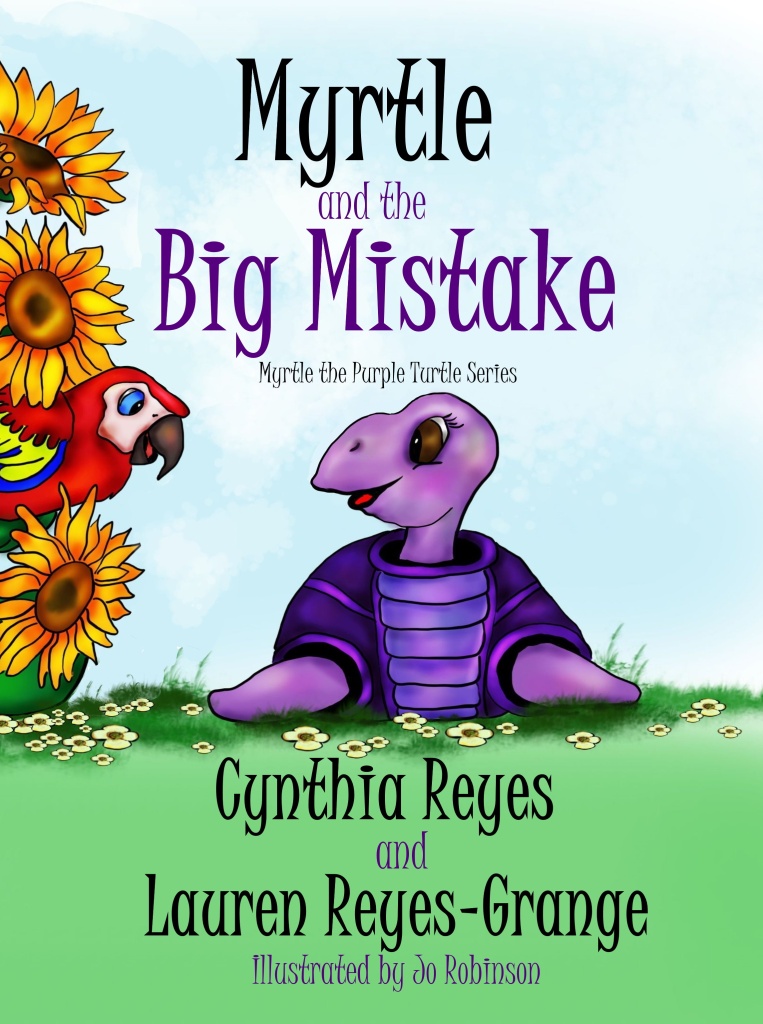 If only it were so simple in the real world.  The very people who should correct their mistakes are often unwilling to do so – or they simply refuse to accept the facts.  As you read this, your mind may turn to American politicians, but remember this: it’s not just American politicians.

Why is acknowledging our wrongdoing, apologizing and taking steps to correct it so difficult for so many of us to do? Is it pride? Fear that we will lose something? Or worse?

In Myrtle and the Big Mistake, Garrett the parrot does the right thing.  In response, Myrtle and Snapper, her friend who was wronged, forgive Garrett. Then, assured of his goodwill, they show their forgiveness by inviting him to play with their group.

Lauren and I write stories for children that show children solving a problem – often a problem that takes place on the playground or among friends in the neighbourhood.  Children, like adults, sometimes make mistakes and do something wrong.  We believe it’s never too early to pass on certain values.

But we’re also hoping it’s not too late for some adults to remember these lessons themselves.

24 thoughts on “Myrtle and The Big Mistake – It’s not political!”