Imagine you’re visiting an open-air market in Cape Town, South Africa, talking to a bright, impoverished young vendor, not knowing your life is about to change.

The young man has the improbable name of ‘Happy’.

Your actions will also change his life and that of his whole community, but as you return to your comfortable home in Toronto, Canada, no-one has any idea of what’s about to unfold.

We first met when she was a teacher and community leader.  As a television journalist with Canada’s public broadcaster, CBC, I interviewed her. Later, we worked together as community volunteers and became friends.

I know this woman’s heart. She gives without expecting recognition.  And that’s partly why I’m recognizing her here.

I’ve known Kamala-Jean’s kindness firsthand. In one of my worst summers since the car accident, this elegant, dignified woman drove a long distance to my home, repeatedly, to visit, comfort me — and weed my garden.

But her works go far beyond one person.  She’s not rich, yet she has provided scholarships to needy students, contributed to Canadian arts, educational and community organizations — big and small — and helped many.

But nothing she’s done has surprised me – and perhaps even her – as much as this one.

Kamala-Jean lingered to chat with the young vendor. She’d won her auction bid for a trip to South Africa and was now visiting Cape Town.

She asked him questions. He described his role as family breadwinner, and his dream of becoming a teacher. But he hadn’t completed high school. He was here selling goods to support his family back home in Malawi – a four-day bus ride away.

“When he said he had 6 siblings at home and his father was dead, and if he only had his Grade 12, he could help his family out of poverty, it just moved me.”

Kamala-Jean gave him her email address and asked him to contact her.

She asked her cousin, director-general for the Centre for Disease Control in South Africa, to find out more. He confirmed Happy’s story about the school. Kamala-Jean decided to fund Happy’s return to Malawi and his schooling.

Then, last June, she visited Happy and his family at their rural home in Malosa, bringing books and other supplies and singing with the children. 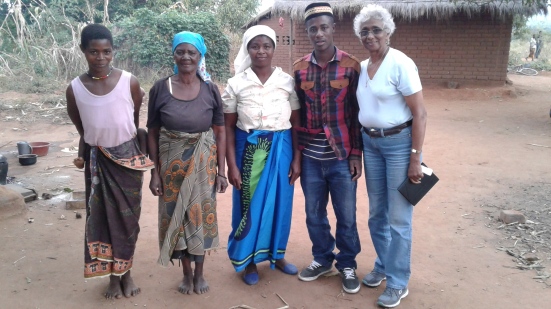 “The family lives in three small houses with no real furniture, electricity or plumbing.  There is no kitchen or bathroom.  They sleep on straw mats on the ground.”

She learned there was no school for young children nearby.

Back home in Toronto, she spoke with Diana Burke, head of Canadian charity People Bridge. Diana encouraged her.

“I wrote to Happy and asked: ‘What would it cost to build a school?’ Happy said, ‘I’ll talk to the chief.’

“The chief was very supportive. Then Happy told me: ‘My family will donate one hectare of land.’ “

Happy’s family was giving what it could.

Things moved quickly in both Canada and Malawi. People Bridge started a fund for the school, with Kamala-Jean and friends donating. Within days, trees were felled and building started. 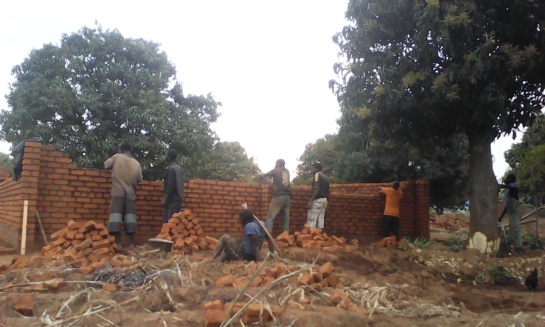 “It took 5 weeks. The school was completed by the first week of September and I travelled there and opened the school on September 18th.”

“What on earth made you do this wonderful, crazy thing?” I asked her.

“I didn’t know it was going to be wonderful and crazy. I had no notion. I just spoke to this young man who seemed honest and wholesome. His honesty was palpable.

“When I was leaving the market, I gave him $10. He put his hands together in prayer and said ‘Oh, Ma’am. God bless you.’ I had to turn away. I was so moved. But I never knew things would end up where they did.”