Ever heard of knob and tube?

It’s the kind of wiring used in old houses.  Like John Garside’s. 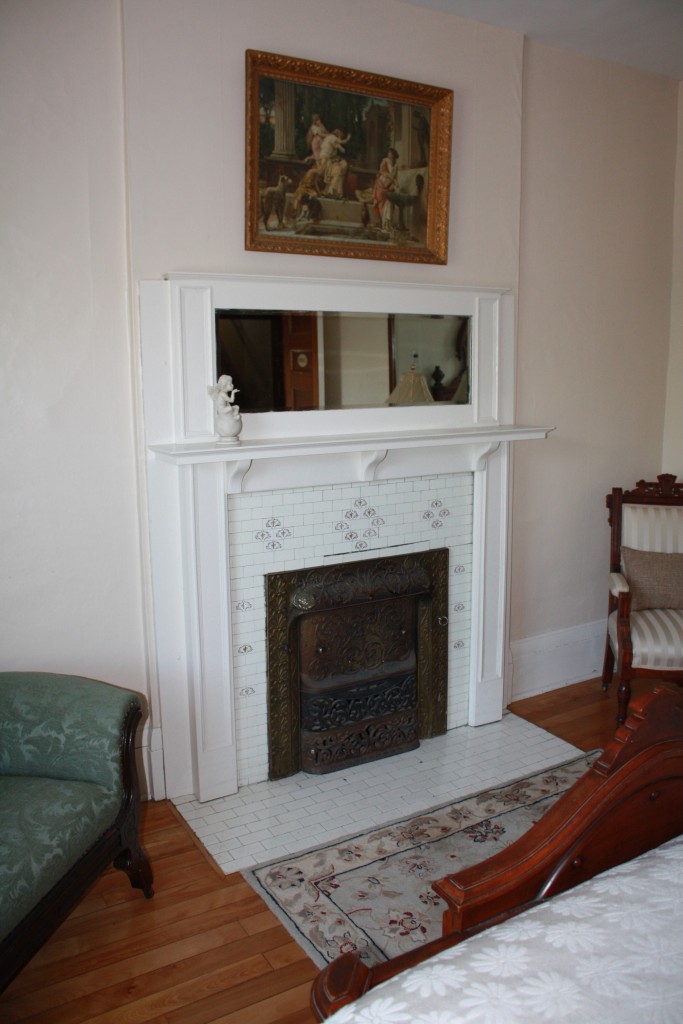 But behind those lovely features is knob and tube  — on the second and third floors of the beautiful home.  And that old knob and tube wiring can be dangerous.

“I knew the wiring was not quite fine,” John says.  “The chief electrician, Dan, and I spoke about the house and the work.  My comment: ‘ I want it to be beyond code’.  He replied: ‘very good’. ”

It made sense to go above the basic requirements, or “beyond code”.  John didn’t intend to replace the new wiring for a long time.

He knew the  job would take a lot of time and involve “lots of new switches, plugs and all new wiring everywhere!” 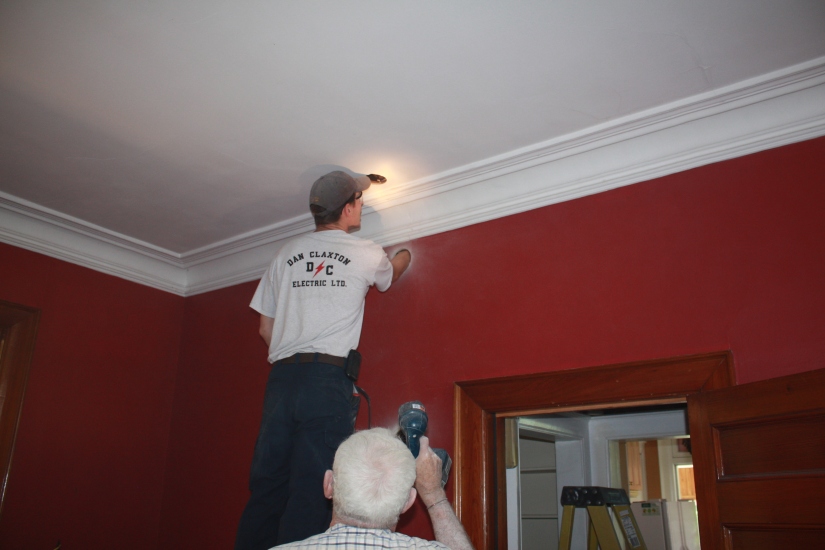 “Yes.  The holes are 4 inches in diameter and these allow them to fish the wires through the ceiling and around the joists.  Very complicated and very time consuming.  But it saves the plaster and the crown moldings!!”

The plaster and crown moldings in most of the rooms are remarkably beautiful.  (I’ll show them to you in next week’s story.) They’d cost a ton of money – and time –  to replace today.

But boring 4 inch holes isn’t enough access to remove and replace all of the wiring.  John had to rip up the floors on the third floor. 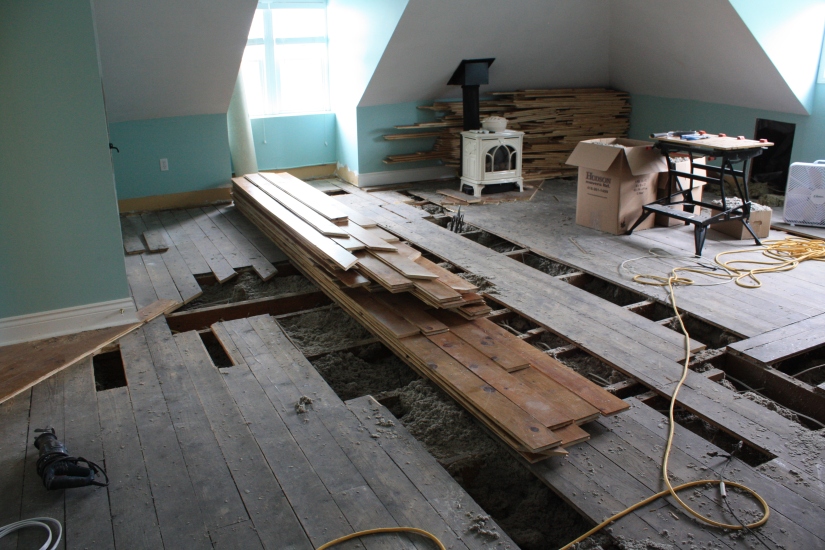 “To get rid of all the knob & tube wiring on the second floor it was a better to remove the 3rd floor flooring so we would have access to the ceilings and walls of the 2nd floor”, John explains. ” That way the new wires could be sent up from the basement to the third floor, then dropped down into the appropriate room on the second floor.  This saved a great deal of grief!”

I think I understand that…..

Electricians Bob and Brian did the wiring work.  That left John to do the rest… the re-plastering on the second floor,  the replacement of the  flooring on the third.

“I am working on it right now!” John says.

He’s working hard.  Time flies when you have a promise to keep.

John  promised his wife Ann that they’d move in by the end of April.  That’s three weeks away.

And there’s still a lot to do.

And good luck to John.