*SPOILER ALERT: You may wish to read Pt. 4 before this one.*

My ancestors had a saying when asked why some of their relatives had married first cousins:

The Farncomb family must have made a lot of good soup.

Frederick inherited money from his uncle Thomas Farncomb, the wealthy Lord Mayor of London, England. He and Jane bought more land in Bond Head, and hired a Toronto architect to draw up the plans. 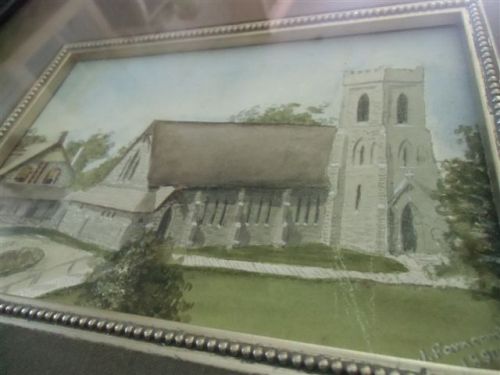 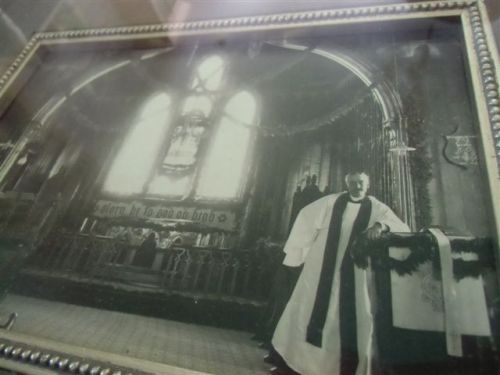 Alfred became a popular and influential general practitioner in the Newcastle area. His wife Hannah appears to have helped him with the record-keeping. She was a skillful host of weddings and other special gatherings at Ebor House. She was also the organist at the family church, St. George’s Anglican, for 40 years.

In 1895, John, who’d been posted to various Anglican churches in Ontario, returned home to St. George’s as the Reverend Canon John Farncomb … a nice step up from being an ordinary priest, He was a well-respected rector.

He’d married cousin Jane in 1880 and they had five children. Two sons, Frederick Charles and John Robson, went to Trinity College, a prestigious private school in nearby Port Hope that previous Farncombs had attended.

Lake Ontario held tragic memories for their father John and the older Farncombs; John’s brother Charles had drowned at the Bond Head Harbour at 14 years of age.

But there was a nice sandy beach at Bond Head, and it was a popular spot for both adults and young people alike. I imagine that on the first hot days of their summer holidays, the boys could hardly wait to put down their school stuff, shuck off their school uniforms and head to the nearby lake for a swim.

But August 11 was different.  Frederick and his brother John did not return home that day. Both drowned in a boating accident in Lake Ontario.

It was as if the world had come crashing down on the Farncombs.

The tragedy made the news far and wide – even the New York Times carried the story.

Parents who have experienced it will tell you that the worst thing that can happen is to lose a child.

Jane and John lost not one, but two children in one day.

And now, John and Jane were expected to grieve, but carry on.

Perhaps onlookers thought that a priest and his wife would have some special way of coping with tragedy. Perhaps they thought that with three priests and two doctors in the family, there would be plenty of comfort and strength – that everything would be alright.

But everything was not alright.

The boys died in August 1901, and John, Jane and their remaining children left St. George’s Church before the year was over. John served at another parish for several years.

How did they cope?

One imagines they tried hard to get over the loss.

That they relied on each other, their families and their faith.

But – as happens with many parents who lose a child – Jane fell apart, and, in his own way, so did John. She died in 1914, broken. He followed three years later.

In the century that followed the boys’ deaths, momentous events took place in the world.

The first and second world wars, in which many Canadians fought.

A man landing on the moon.

The cold war between the west and Russia.

And these were just a few.

Ebor House lived through them all.  Despite tragedies, it occupied a special place in the Farncomb family – as their ancestral home, and a busy family dwelling to successive generations.  It appears to have been full of activity inside and out.

The huge barn on the property, Newcastle Dairy, produced 1,000 quarts of milk each week.

They hired outside help for the farm and dairy, but the whole Le Gresley family worked there – adults and children alike.

There were also many fun times, especially for the children.

There was a creek nearby for fishing and a beach for swimming.

Neighborhood children to play with. And the knowledge that their parents were within hollering distance from wherever they played.

The records show that Frederick Farncomb died in 1893 and his wife Jane died in 1905. 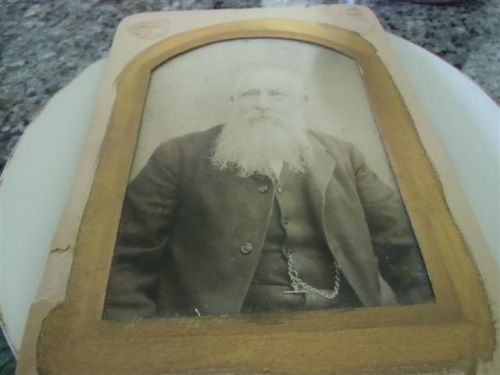 The house passed to their son Alfred (the doctor) then to Helen, Alfred’s daughter, then to Helen’s son Balfour. He was the last Farncomb to own Ebor House.  He held on to the house for some years before selling it to Ron.

Not much was written or said about John and Jane Farncomb in the decades after their deaths, even within the family.  Their shared tragedy seems to have haunted their lives to the very end.

As if to make sure their part in the family history was remembered, one or more Farncomb descendants had a memorial stone made for the couple in recent years.

The wording is one of the most moving I’ve ever read.

“Heartbroken on drowning of sons Frederick and John Farncomb.”

Click here for Part 6: The series ends with a twist.