She’s the Toronto woman who — exactly two years ago — met a young vendor in a  South African market, and proceeded to help transform not only Happy’s life, but the life of his community back home in Malosa, Malawi.

Between Happy’s leadership in his community in Malosa, and Kamala-Jean’s guidance, personal philanthropy and fundraising back in Toronto, the first school was built last year. Three times the number of children they expected were enrolled.

It starts with this photo. Kamala-Jean explains:

“After Happy sent me the photos with two little girls in blue uniform dresses, I thought: maybe the women could learn to sew and make uniforms and earn funds sewing for others in the community.  So I suggested it to Happy and immediately he responded.

“The women were interested — 40 signed up for sewing and literacy classes and agreed to pay a fee. The classes would be held on Saturdays in the school.

“I asked my friends to contribute funds to purchase sewing machines. A number responded with support.

“Then I realized that there would not be sufficient room because the current classroom was filled with furniture and 130 children (divided into 2 half-day classes). 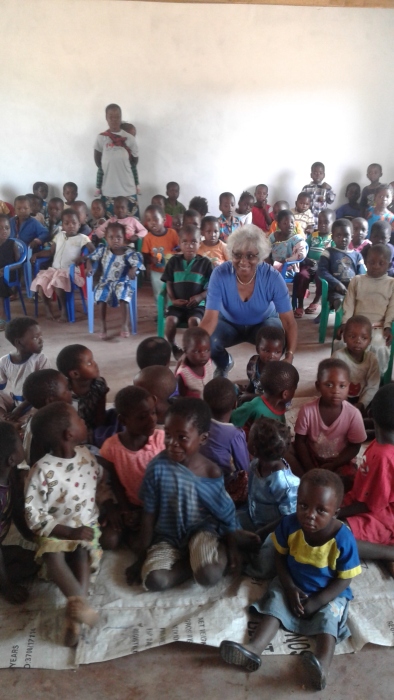 “So I suggested to Happy that we  should build a sewing classroom. This separate room means that the machines will be safe from damage (from the little children) and the women will have access to the room during the week – not just on Saturdays.

“I told him to use some of the funds sent to purchase sewing machines to buy building materials, and I would  try to raise some additional funds for the construction (roughly $4,000 Canadian).

“Happy was off to work in no time! 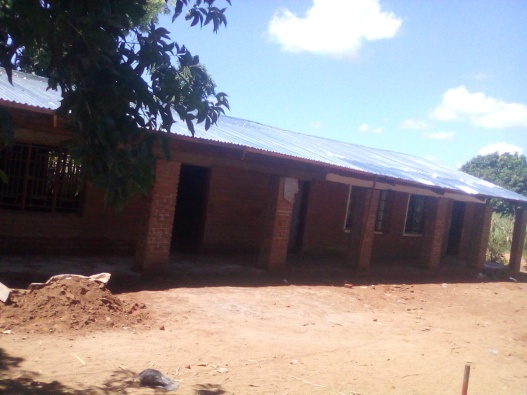 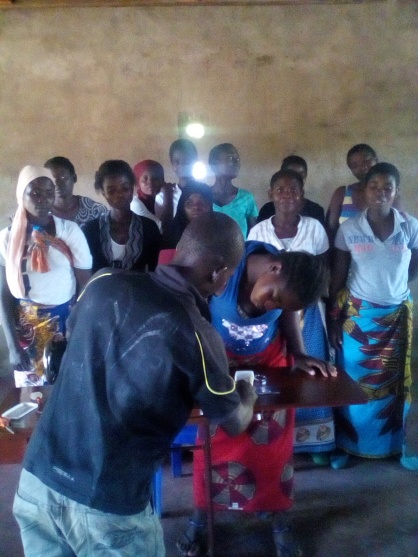 “The fee of 15,000MK is about $30.00 Canadian which is a fair amount since the majority of the population, who are subsistence farmers, live on about $1.00 per day. We still need help financially but so far I have managed.

“As usual, Happy has shown insight and vision as he seeks to improve the life of his  community.  He understands and tells me that education is the way to uplift his community out of poverty.

“I see this sewing room becoming a kind of centre for the community.

“Now today Happy emailed to tell me that the men want to know what can be done to help them because the young children have a  school and the women have sewing classes!!!  I told him to have the men provide suggestions and we will discuss to see what is feasible.

“It is now exactly two years since I  met Happy in Cape Town. If anyone had said that so much would happen in these two years I would have said impossible.

“This project has brought me a great deal of joy, satisfaction  and fulfilment as I see the difference that has been made in the lives of the people in the small community of Malosa (and without costing  tens of thousands of dollars!!!)”

Bravo, Happy and Kamala-Jean and community!