Nancy Ing-Duclos is a TV news producer and online publisher of INSPIRELLE. 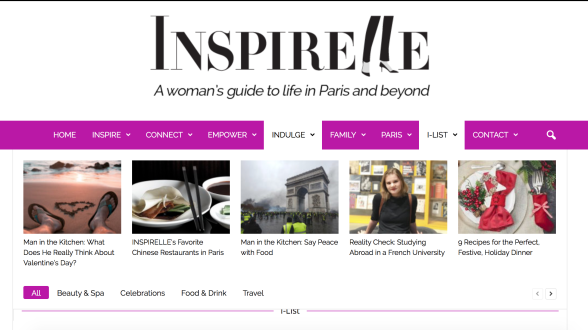 France has been home for almost 30 years.

This spectacular rooftop view of Paris, by the way, is from her home.

Long before Paris, however, Nancy spent her childhood in Windsor, Ontario.

“When my father bought the house (in Windsor), we were the first Chinese family on the street and the neighbors, I’ve been told, drew up a petition. We felt the need to blend in and soon, the fireworks display on our lawn every Canada Day on July 1st  and our elaborate Christmas lights made our home indistinguishable from other Canadian homes.”

Nancy went to university in Toronto and got her first big job in TV news in the 80’s “at a time when Canada’s multicultural communities were finding and defining their voices.”

That’s how we met.  Nancy and I were both young journalists at CBC TV.

But a car accident changed her perspective on life.

“So when I met my French husband, Alexis, six months later at a G7 Economic Summit, I said to myself, ‘You never know when tomorrow will be your last day’ ”.

She moved to Paris and worked at various news jobs for years.

“Paris is truly one of the most beautiful, cultural and dynamic cities in the world but once the honeymoon period wears off, the reality can be rude. Moving abroad is a very humbling experience. No one knows you or knows what you have achieved or are capable of.

“I had to start from scratch. I read loads of books, attended classes, explored each of the French neighborhoods in my quest to become a “Paris insider”. And what I learned is I will never feel totally ‘French’ but ‘je suis bien dans mes baskets’. I’m comfortable in my sneakers.”

Did she ever imagine this kind of life?

“I always thought the person who married me would have to learn to accept the Chinese culture ingrained in me. In fact, I’ve done most of the work in the relationship by learning to speak French, reinventing my career, tackling bureaucracy and understanding all the nuances of my adopted home, France.”

“Covering the death of Princess Diana in a Paris tunnel landed me the position I still hold today with a major American television network.

“I have been privileged to interview presidents and pop stars, produce major live shows from iconic locations. It’s also been sobering to witness the tragic aftermath of plane crashes and terrorist attacks on French soil.”

Alexis built them a small house on a hill, next to the woods.  They and their son Jordan moved to Sèvres 20 years ago. 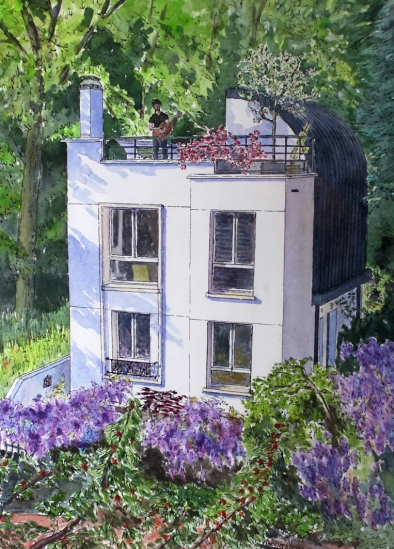 “Retreating to the suburbs was the only way we could own a house.  I left the city of lights reluctantly but Alexis promised me that if I was unhappy two years later, we could move back to Paris.

“On my first night in my new home, I slept soundly. No more waking up to every creak of my Parisian neighbors, conversations sneaking through walls and babies crying down the hallway.”

Her son Jordan could walk to school and play in the woods. It didn’t take Nancy long to realize that they lived only a short drive to the Seine River; Paris was only 20 minutes away by car.  She decided to learn to drive in France.

“Last summer, my entire Canadian family and close friends, 25 in all, traveled to France and Corsica to help me celebrate with my husband’s French family. 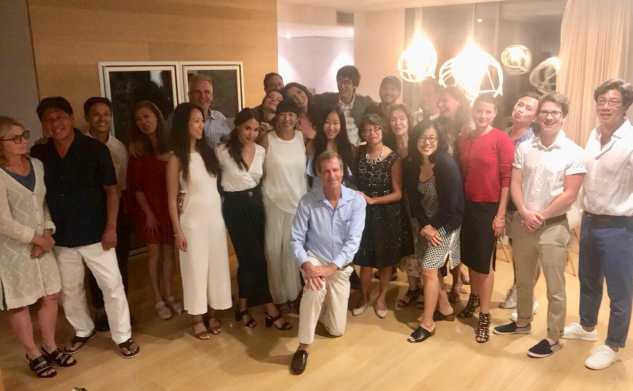 “It was pure joy for two weeks. Never have I felt so at home with the people I love the most.”

“We created INSPIRELLE to inspire, connect and empower international women in France. Having experienced the challenges of living abroad, raising a family in an unfamiliar setting with different sets of rules and values as well as reinventing myself at work, I wanted to share stories and resources to help women in their personal and professional lives.” 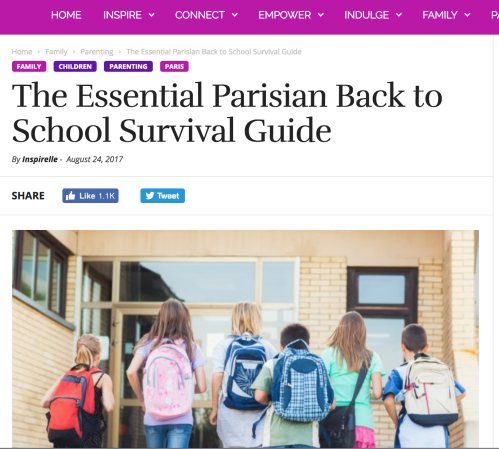 Sixty contributing writers share advice, expertise, and personal stories on how to navigate and celebrate life in Paris.

Nancy, Alexis and Jordan are now thinking about a bigger home to accommodate visiting relatives or friends.

It will have “a large kitchen with a long dining table to host dinners. We figure the only way to afford that is to move a bit further outside of Paris. We’ll build a beautiful house so everyone will want to come to visit us.

“For me, home is where I am surrounded by family and friends.”

5 thoughts on “At Home with Nancy Ing-Duclos: France”