I’ve been cheating on you, my friends.

Instead of reading your posts and replying to them at late night or morning, I’ve been reading stories from across the pond.

And before I knew it, I was smack-dab in the middle of a heated fight.

For a mild-mannered, disabled, Canadian author, this is an unfamiliar situation. And that, plus my former profession, may be the only things I have in common with royal reporters.

Royal reporters (RRs, for short) are being fact-checked, corrected, chastised for sloppy practices by hundreds of Twitter-users every day, many of whom are providing evidence of what they see as shoddy treatment of the Duke and Duchess of Sussex. 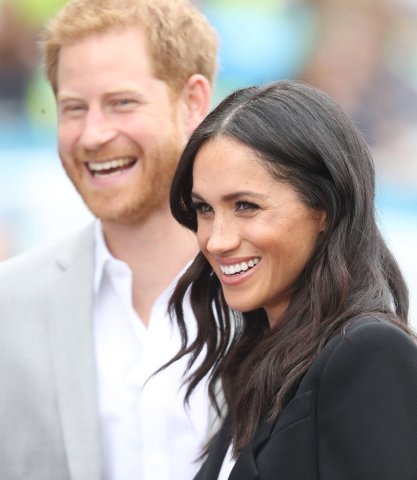 In the last few weeks, I’ve received a crash course in the identities and concerns of some of the people who are defending the couple.

I found a complex and diverse group, many of whom appear to be well-educated women (and a few men) from the US, the UK, France, Canada and some African countries.

Many are “black or brown”, but some are white, mixed-race or other.  They include university professors, journalists, businesspeople, lawyers, retired educators and other professionals.

Many never followed the royal family until Meghan Markle got engaged to Prince Harry.  They were appalled by the stories in the UK media, particularly the tabloids, and their readers’ replies.

They expressed shock that anyone can “verbally abuse or lie” about the royal family without being held accountable.

Marrying a royal is worse for a mixed-race woman: there’s racism and sexism involved too.  (Say goodbye to your good reputation.) Tabloid ‘click-bait’ headlines, instigating hateful responses to the young royals, are numerous.

Wikipedia describes View Park−Windsor Hills, where the duchess’ mother lives, as “one of the wealthiest primarily African-American areas in the United States” but tabloid stories called her home and neighbourhood “gang-scarred”. 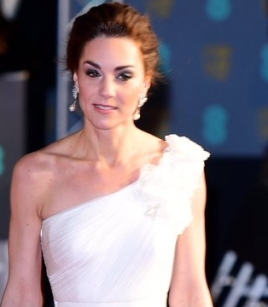 The unending double-standard galvanized some Twitter-users:

“It has certainly turned me from being a passive observer of our #RoyalFamily into an activist for fairness & the protection of a woman trying to live her life! It is disgusting & racist how she is treated and deserves to be called out!”

Earlier, the duchess spearheaded a massively successful fundraising cookbook of recipes by the women of Grenfell, a mostly poor high-rise neighbourhood in London that was devastated by fire.  Ironically, the tabloids then linked her to terrorism. 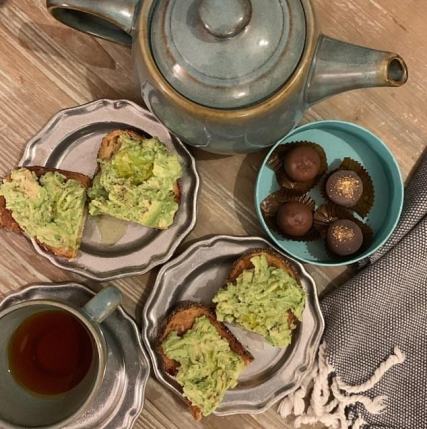 She’s been linked to drought, murder and human rights abuses, all because she likes avocados on her toast.

She’s been linked to environmental damage. That’s because, at 7 months pregnant and just 2 days before visiting Morocco at the UK government’s request, she accepted a ride back from New York to London on a friend’s private airplane.

Supporters of the duchess have watched all this with keen and anxious eyes. And they’re making it almost impossible for a royal reporter to write a story without a response from Twitter these days.  Users are quick to spot inaccuracies and perceived unfairness.

It’s a remarkable media watch: the scrutiny is skilled, informed and fierce. Many responses are calm and evidence-based, but others are dismissive or furious. Some include charges of racism, which royal reporters say is unjust.

While most of the monitored reporters work for the UK’s tabloids, some also write for The Telegraph, The Times and even Canada’s own Maclean’s news magazine.

Earlier this week, The Telegraph released a report by a European consulting firm. The firm said it studied the identities of Twitter users defending the duchess and found a “network” working closely together to attack royal reporters.

The existence of this network, the report said, “could point to an orchestrated campaign to manipulate public opinion by an organization or state.”

One RR tweeted: “You have to ask, in whose interest might it be to foment discord between the UK and the US over something as anodyne as a royal marriage?”

The findings and reporters’ replies elicited outbursts of dismissive laughter on Twitter. One hilarious response followed another. But after the laughter, there was serious concern.

Shockingly, respected Harper’s Bazaar journalist Omid Scobie was one of several the report named in the “network”.

UK photographer and writer Benjamin Wareing quickly responded with a series of posts, questioning the findings:

“Some of the biggest accounts in this research, I KNOW aren’t bots… Reports of a ‘swarm of Meghan bots’, with implied suggestions it is Russian involvement, seem exaggerated to me and, in a few cases, targeted to dismiss differing views or to shut down certain debates.”

When someone tweeted that Barack Obama was listed too, Wareing replied, simply:
“Jesus Christ…”

Canada’s Maclean’s magazine carried the story next, this time written by a local journalist.  That’s when I unwittingly jumped into the fray.

I breezily commented that some royal reporters deserve to be held accountable (“feet to the fire”) and that some of the alleged “bots” are doing a great job of fact-checking journalists and pointing out slip-ups and bias.

Her reply surprised me: “Your defense of threats, vitriol and personal attacks is well, indefensible.”

Huh? Nowhere had I done so.

But the journalist’s reply made me understand that some RR’s do feel under attack.  They consider themselves victims too —  and they get triggered.

Soon after, she received dozens of tweets, most calling out reporters’ hypocrisy.  Examples:

“And your defense of threats, vitriol and personal attacks on the Duchess of Sussex is well, indefensible also.”

“Was it polite criticism when people continuously deliver death threats & vitriol to the DoS, Prince Harry, & their unborn child?”

“Your selective outrage is disgusting. The DoS has been subjected to the most disgusting character assassination of any public figure I can think about and you could not care less about it.”

This reply came with a graphic:

“Jesus, Patricia, little research will confirm Duchess Meghan had millions of fans years before Harry. did you expect us to accept yr lies and innuendos because reporters never ever got pushback?”

Strangely, the volume of responses made me feel responsible for whatever came next. Some RR’s had complained of threats, so I monitored the comments. I found expressions of outrage, frustration, some insults too — but no threats.

In recent weeks, some RR’s have retreated to their bunkers: they’re blocking their fiercest critics and supporting each other against criticism.

It won’t cease hostilities, though. There’s no sign that most of the duke and duchess’ supporters will overlook practices they consider unjust and unethical.

But as a former journalist, I believe this is “a teachable moment”.

RR’s could learn a lot about their readers and find original stories if brave enough to talk with the people criticising them. It could be a mutual education.

I’m not holding my breath, though.

52 thoughts on “Fighting with Journalists”