I’m dedicating this story to the child within each of us.

My first garden had everything we children needed:  tall trees with big outstretched arms, a wide stream and acres of fields to play in.  All this stood beside and behind a tiny pink farmhouse where a mother and father and five children lived.

Seven people in a tiny pink house? How tiny?

Must have been crowded, I hear you thinking.

But this was a land of mild temperatures and hot sun.  Children spent many of their waking hours outside.  Nature – the wildness of it, the near-danger of it, the freedom of it – was our garden.  A child’s own garden.

It wasn’t until our family moved to our grandmother’s much larger house in a nearby village that the first memories of a flower garden — the kind that people tend — lodged themselves in my seven-year- old mind.  It was in front of the house, under a window.

I remember that garden now as a small space full of pretty flowers.  Roses, zinnias and dahlias,  Joseph’s Coat of Many Colours  and other things grew there, each cheerfully elbowing out the other, competing  for space and sun.

And I remember these, above everything else: the fairy flowers.

Clusters of tiny flowers bloomed in gentle colours: pink, white, yellow, mauve.  Unlike the other flowers in the garden, these huddled in small patches, as if supporting each other   — or seeking warmth from the cool, early-morning mountainside air.

“Luminous”, I’d call them now, because their petals seemed to glow, as if someone had polished each one very tenderly till it shone.

It was magic: they simply appeared one day, as if a fairy had waved her wand above the soil.  The size of them – about three inches tall — and the magic of them made me think that these were the sort of flowers that fairies would have growing in their own garden.

Then, when I wasn’t looking – perhaps when I was at school during the day, or asleep during the night – the flowers disappeared completely.  When that happened, I imagined that the fairies had brought them to another garden where other children could enjoy them.  It was a sad and hopeful feeling all at once.

The timing of the flowers’ arrival always seemed spot-on: Easter time, or Holy Week, as church-going families called it.  And so, surrounded by the mysterious stories of Jesus’ crucifixion and resurrection, my sisters and I decided that the tiny flowers were to be called Easter Lilies.  Easter lilies — brought by fairies. 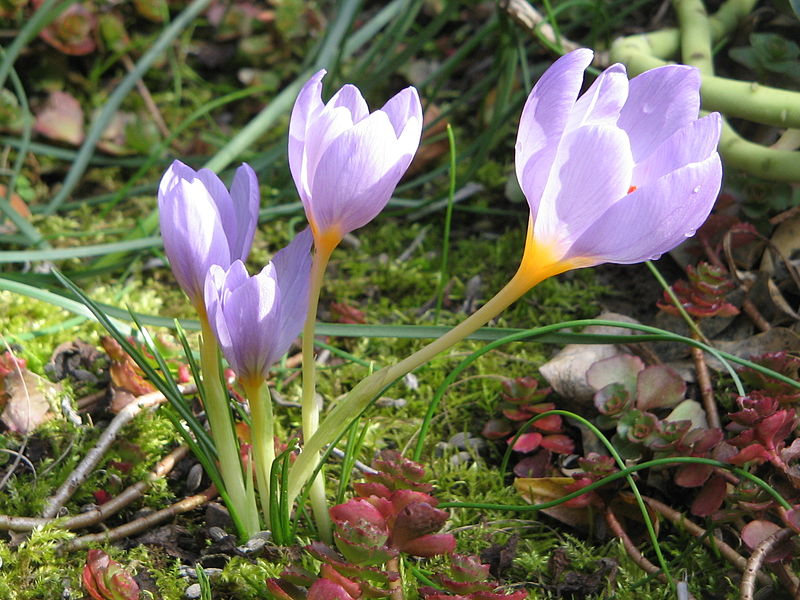 It wasn’t the first time – or the last – that I’d get my magic and miracles mixed up.  For a child who is told ghost stories and biblical tales of miraculous resurrection finds it easy to believe in fairies.

Unknown to my parents, I even thought of ghosts and fairies in church.  When the pastor  got too fiery, or too boring, or glared at me for giggling and whispering to my sister, I imagined a kind ghost or fairy – or maybe God himself –  putting him to sleep right there in the pulpit – just for a while.

Now – with a garden of my own – reality overtakes imagination, most days.   I know that pretty gardens take a lot of work.   Those magical moments of my childhood were hardworking times for my parents.

It was my mother who tended the little garden and made sure the flowers would bloom.  It must have given her great pleasure, but it was work — along with her other duties as a mother, wife, designer and seamstress of women’s dresses, and active church member.

Still,  I hope Mama would forgive me for wondering — at least when it comes to the little garden — if she got a bit of help from the fairies.