Ever get the impression that this blog is my way of living vicariously through others?  That I write stories about people who do things I wish I could do — or used to be able to do?

If so, you’d be partly right.

But what John Garside is doing – almost entirely by himself – blows my mind.   And now, as he nears his self-imposed deadline for moving Ann and himself into their house in Prince Edward County, I find myself holding my breath every time a new email comes from John.

Will this be the email where John finally confesses that he needs a break from all this work, and that – promise or no promise –  the idea of moving in this spring is ridiculously un-do-able?

But it never is.  Not when he has to repair major cracks in the coach house foundation (below).  Not when he undertakes the delicate restoration of original ceiling medallions.  Not even when he is clearing out the basement. 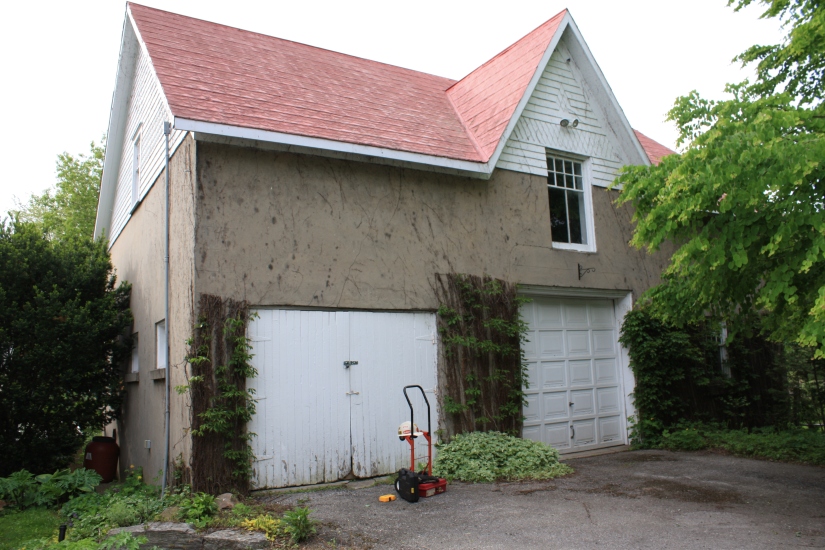 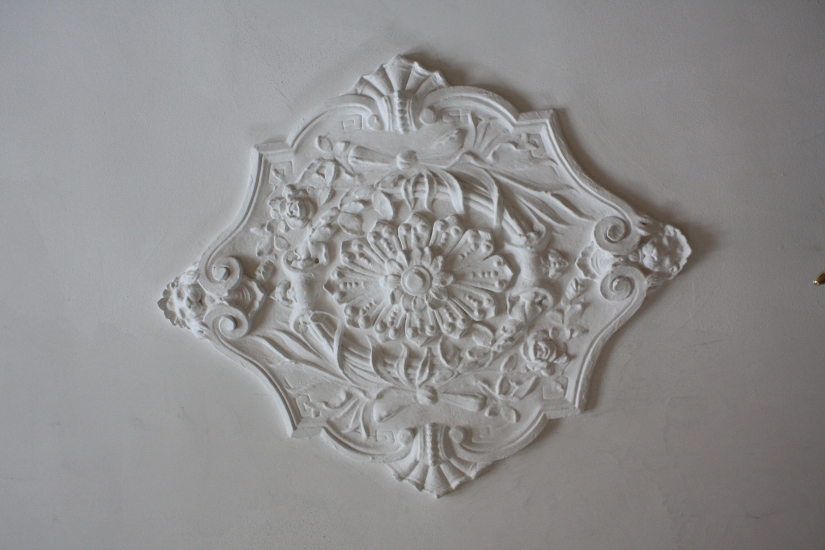 A lot of the work has been onerous.  As for the basement, John says it “was very crowded — 100 years of clutter — and cut up with old wooden partitions etc.  This was totally removed by me. 6,300 lbs. of stuff!!”

Right now, John’s working on finishing up the library.

The more John restores the house, the closer he feels to it, and the more he learns about its past.   He’s made a few intriguing discoveries.  Like the original signatures of the first owner and his young son, written in concrete.

“William W. Bedell,” explains John, “was the father.  Willet V. Bedell was his only son.  The boy would have been only 7 or 8 years old when he did it.” 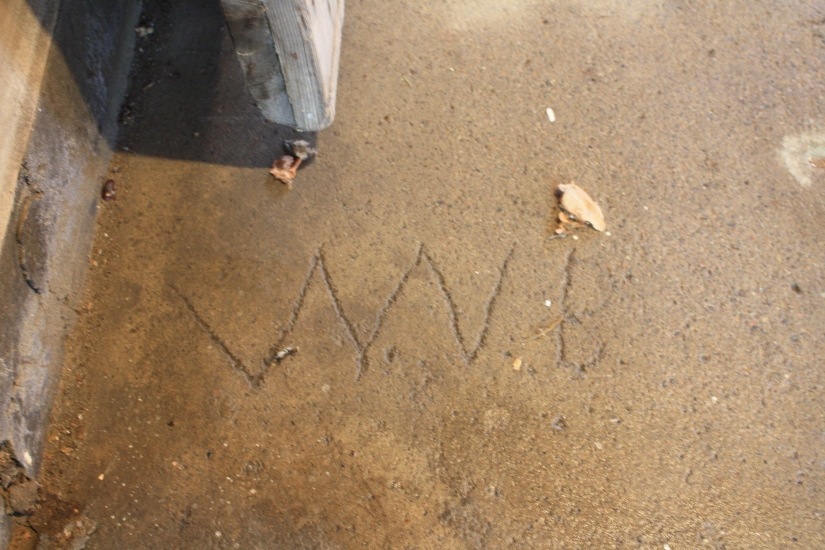 Sadly, Willet died as a young man.  It was during the First World War, “on a Troop Ship in 1917 en route to France”.

The second family to own the house were the Wards, though John doesn’t yet know who exactly “Envers” was.   There’s still a lot to learn about the home’s history.

John’s original move-in date was April 30.  But life follows its own course.

This spring is a time of change for John, Ann, and family.

It’s also a time of renewal.

After a rough winter, a flock of tiny blue scilla flowers is blooming in the garden.  It’s one of the first flowers of spring.

And inside the house, John keeps repairing and restoring.

Another room done, one left to go. Then, after all the cleaning up, comes the big move.

The movers are now booked for May 7.

We’re cheering you on, John!