My friend and I planned to have afternoon tea at an historic estate during colder weather. It’s known for its grand mansion, beautiful gardens and tearoom.

The day before, she sent me an email.  “The tearoom is open but the online reviews were kind of nasty, which is sad.”

But we had fond memories of tea in the conservatory attached to the mansion. 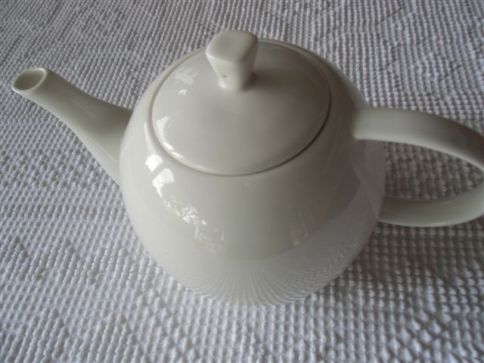 The estate’s enormous black wrought-iron gates were wide open. A sign pointed the way to the tearoom – not in the conservatory, but a small 2-story house on the grounds.

We pushed the heavy wood front door, but it did not budge.

Hmmm.  The sign clearly indicated the tearoom was open.

We knocked. Then knocked again.

Through a glass section of the door, we saw a woman’s face, grimacing with the effort to unlock the door. We almost cheered when she succeeded but settled for thanking her, warmly.

It was colder inside than out.

“The place is empty.” My friend raised her eyebrows.

“But we have our choice of table!” I said.

We chose one beside the window overlooking the grounds. We kept our coats on.

We admired the view, then the table-setting: crisp white tablecloth, pretty vintage teacups and saucers.

“Would you like some tea?” Our server asked, shivering, despite her thick sweater.

“I’ll have coffee — if you have it, please,” my friend replied. She was taking nothing for granted.

“I don’t think we have Earl Grey”, our server replied. “We only have Tetley.”

Shorthand for orange pekoe, we guessed.  But tearoom staff should know that Tetley makes many teas. This was not a good sign.

Our cups were frozen.

“Could you please warm the cups?” my friend asked. “Just some hot water should do it.”

The server removed our cups and disappeared into the kitchen.

Minutes later, she returned with coffee, tea and a teapot. She also brought scones.

“I warmed them up for you,” she said, eager to please. “And I warmed the butter too.”

The scones were indeed warm; the butter was frozen solid.

But by now we knew: we liked her. She was an older lady, maybe close to 80; a volunteer, likely filling in for someone else.  Here alone, freezing in this icebox, she clearly didn’t know tea.  But she was friendly, polite and trying her best. So would we.

Coffee and tea served, my friend and I were just about to begin sipping, glad for some warmth, when we noticed — coffee was seeping out of her cup. Rapidly.

We grabbed our napkins, sopped and dabbed and wiped. It was no use. My friend rushed to the kitchen.

“She’s knitting,” she whispered when she returned.

“I’ve never seen that before,” the server arrived and said,  staring as if the leaking cup was an alien creature.

“No worries,” we said, consoling her.

She returned with the coffee in a different cup, and waited, shivering.

“It’s cold in here,” I commiserated.

“The furnace broke down”, she replied.

Two women and a girl arrived and sat at the next table. The server greeted them warmly and left to fill their orders.

A few minutes later, a loud clatter and men’s voices; the furnace-fixers appeared in the hallway.

Nearly an hour passed before the room warmed. We spent the time sipping,  chatting and giggling.

“I wouldn’t trade this for the world,” I told my friend.

“Imagine if we’d gone somewhere else. How could it possibly be more interesting?”

We giggled some more.

A frightened shout came from the next table.  One of the women jumped up, shook herself and stared in horror at something on the floor.  A long brown bug.

Their unwelcome guest dispatched, the women settled down again. The server brought their order and their chit-chat turned to knitting. The server showed them her blanket; the women oohed and aahed.  It was a lovely thick wool, in shades of blue.

Two new customers arrived. The server placed her blanket on a nearby table and hurried off to greet them.  It slowly slipped off the table and onto the floor. My friend jumped up to rescue it.

“I seem to remember telling you this place got some bad reviews,” my friend said as we drove away.

But what an adventure.

My best advice for Staying Alive if you’re Undomestic:

Marry a man or woman who can cook.

Not that you have to marry him/her. Just beg the person to live with you – especially at mealtime and most especially when guests come to visit.

If you’re resolutely single, make sure that all your close friends are chefs living nearby.

Grow hostas. Not for the flowers, but the leaves. Grow hostas in pots or in a garden bed, but do grow them.

Their large green leaves make an easy centrepiece on your dinner or lunch table.

Should you feel aspirational, you may want to arrange them: place flowers in the centre of the vase.

Advice on Inviting Guests to your Home:

Never invite tall people to your house. They are bound to see the dust of ages in spaces where you can’t reach/have never thought of cleaning. If you’re tall, then the same advice goes for very short guests. They’ll see the dust-balls in the corners of every room.

Ask questions. If an Undomestic Diva invites you to dinner or lunch, there’s only one question that needs to be asked: “Who’s cooking?”

If, per chance, you are determined to visit me, then do what my close friends and relatives have done over the years: phone back and say, “We know how busy you can get, so we’re going to bring part of the meal.” That way, you’re guaranteed to have something edible or at the least, unburned.

Listen, friends — it’s not that I can’t cook at all. It’s that everything I’ve ever cooked for guests turns out badly. As for flower arrangements: the photo above was my best ever. I decided to quit while I was ahead!

This is what the thing was supposed to look like:

And this is what it looked like when I made it, (just after I cut off a few slices, mind you):

Something wasn’t quite right…..

As you can see, the upside down pear cake didn’t hold together, and didn’t look very appetizing either.

But when I collected my wits, I concluded that since these pears were extra-large, I should have added more batter.

As to why it looks so unappetizing – darned if I know.  And though it didn’t taste awful, it also didn’t taste great.

I was once the proud recipient of the Pumpkin Princess Prize – awarded by Scotland’s pre-eminent herb-blogger, The Hopeful Herbalist.

Was Miss Hopeful smoking her own herbs when she did so? 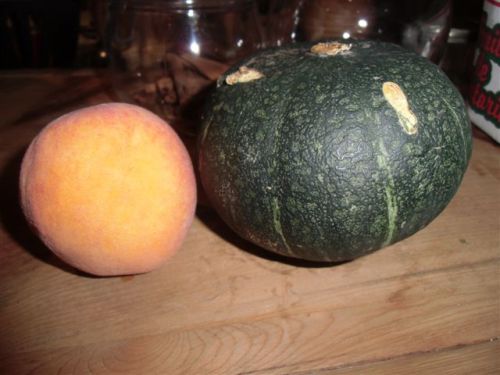 Actually, what my lovely blogger friend said was: “Award yourself the pumpkin princess crown!”

Which to my deliriously happy state of mind, meant much the same thing.

And now I wonder: if my tiny imperfect pumpkin could win me that regal honour, perhaps the next thing is my cooking? Or baking? Or floral arranging?

Let’s face it: It takes tremendous effort to be really bad at something. 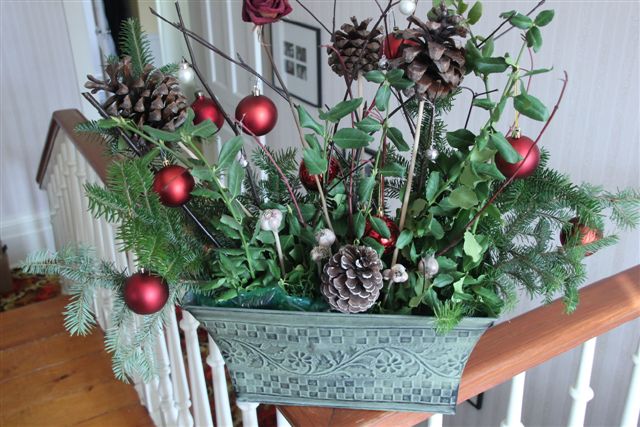 A lot of trial and error is required. Mostly error, mind you.

Take my cooking and baking (please — someone has to).

I famously made a two-ingredient dish – cauliflower and cheese – and forgot the cheese.

The harder I tried, the worse my cooking got. I forgot half the ingredients, or doubled them — or burned the dish. Husband added ketchup, salt or spices to everything I cooked. Yegads! Ketchup!

But do you hear anyone giving me the title for worst borscht?

Instead, they flock to stories of delicious dishes and beautiful bouquets. I’ve never understood it. 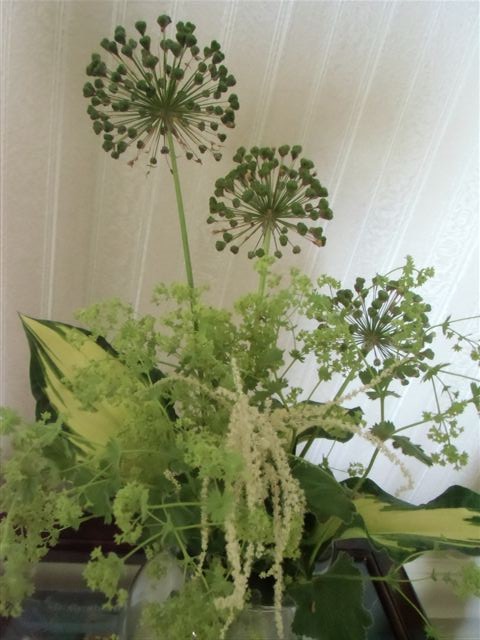 Meanwhile, we lesser folk never give up trying.

And still, our creations are catastrophic.

It takes a lot of work — and maybe even a strange type of talent — to turn out truly awful stuff.

So I think it’s time our efforts were acknowledged. Don’t you?