I chose these books because there’s an attractive freshness to them. They’re also mainly Canadian.

Jim’s Star, by Paul Nicholas Mason. A collection of stories with a Christmas theme, this small book is an affordable Christmas gift or stocking stuffer. Set in places such as small-town Ontario, Canada and Zimbabwe, these stories are charmingly written. Great for reading alone or to an audience.

Awakening in the Northwest Territories, by Alastair Henry. A man with a restless spirit, a failed marriage, and a yearning for meaning, finds himself working with the Dene people of Canada’s north. A refreshingly frank and personal book about Alastair’s awakening to other ways of living.

Alone: A Winter in the Woods by Felicity Sidnell-Reid and illustrator Jirina Marton.  I love this book. Adults and adolescents will find the story harrowing, gripping and a great read. A 13-year old boy finds himself alone in the Canadian wilderness during a brutal winter and makes friends with an Indigenous boy his own age. A story of survival, set in 1797,  it’s a compelling and beautifully written book, by Sidnell-Reid with images by Marton who won the Governor General’s Award for Illustration in 2009.

Oldenglen, by Robin Mason and Michael Mason. Yes, Canada’s exceptionally creative Mason family has been prolific this year.  Robin, a lawyer and father of three, wrote this book with his father, 91-year old Michael. An adventure-filled story for young people, this absorbing novel is the first of a 3-part fantasy series. Oldenglen is set in the Pacific Northwest, U.S.A. 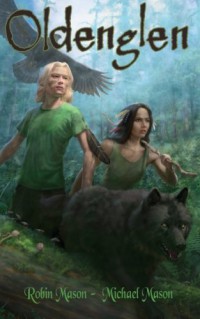 A Journey Just Begun, by the Sisterhood of St. John The Divine. If you’ve read my book A Good Home, or my feature story in Arabella Magazine, you’ll know that this unusual Anglican Sisterhood is a very special order: women of various backgrounds – interesting, creative, well-educated – who have dedicated their lives to God and the service of others.  A Journey Just Begun tells their story in text and photos – from building and running a prominent rehabilitation hospital, to offering many activities, including monastic hospitality to individuals and groups. Author Jane Christmas and Sister Constance Joanna Gefvert, the first nun from this order to become a priest, are the editors and lead writers.