Paul Nicholas Mason is an actor, playwright and novelist. He’s acted in multiple films but confesses he has few photos of himself because he is bad at self-promotion. 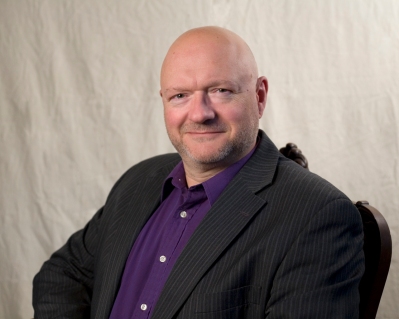 So I told him to have some taken! He sent a few, apologizing:

“With nearly 35 projects (including ten feature films) under my belt, you’d think I could offer you more.”

I wanted to introduce Paul on my blog for three reasons. He’s created a new career in film for himself after taking early retirement from teaching;  he will be appearing at the Festival of the Arts in Cobourg, east of Toronto on Friday Nov. 3 and Saturday Nov. 4; plus he has a new book on the market.

Paul’s published books include the novels  Battered Soles, The Red Dress and The Night Drummer. 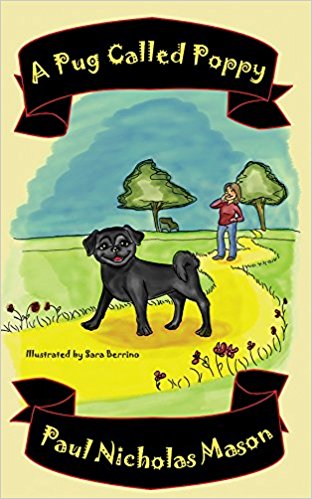 The new book, A Pug Called Poppy, is his first chapter book for children. It’s illustrated by artist Sarah Berrino. 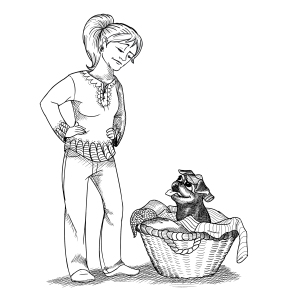 Paul says he’s excited about the book because he feels its central characters — Poppy the Pug and Smudge the Maine Coon Cat — “will meow and snuffle their way into a great many hearts.”

“I have such fond and powerful memories of the books I enjoyed as a little boy — Winnie-the-Pooh, Paddington Bear, The Borrowers, Swallows and Amazons, the Narnia Chronicles.  It would make me happy to feel that I had introduced a character into the imaginative life of children.”

A Pug Called Poppy is meant to appeal particularly to 8 to 10-year-olds. But then there are adults like me, who love it too.

“There are a lot of little grace notes, little touches, that will amuse adults,” Paul says. 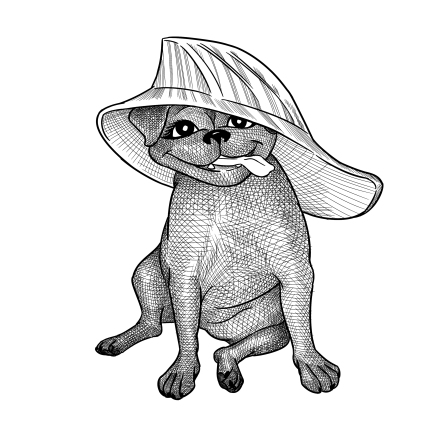 But let’s head back to Paul’s acting career. He has one of the most beautiful voices I’ve ever heard, and as a result, does a great variety of voice-over work for film. (One of his first roles was playing the part of a “lecherous duck”.)

To be closer to his beloved family and have greater access to movie shoots, Paul recently moved from Peterborough to Newcastle, a quaint lakeside town east of Toronto. Though he misses his Peterborough friends, he says he’s delighted with his neighbours, with the town’s library and swimming pool, and by being closer to family.

If you’re in the Cobourg-Northumberland area this weekend, you can meet Paul at the book fair at the Festival of the Arts, November 3 and 4.

And if you haven’t yet, then one of these days, you just may hear/see him in a movie.