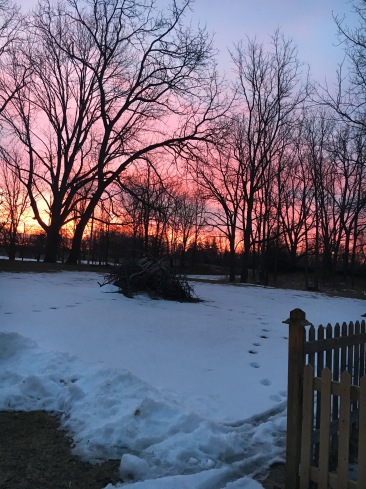 “To me, the greatest wealth is to have nature around me. To now be on a property where there are old trees, squirrels, wildlife…it is such a blessing that I had given up on ever having.

“This place came out of the blue for us, as we had resigned ourselves to subdivision living. Initially, the property was what attracted me, but I have since grown to love the old house, too; there is a spirit and charm to it that really touches me. For the first time since I was a child I feel I am truly home.” 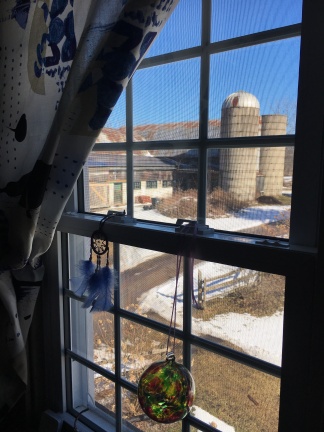 Andrea is a storyteller – she writes and illustrates books for children. Characters include Greenbeard the Pirate Pig and Happy the Pocket Mouse. 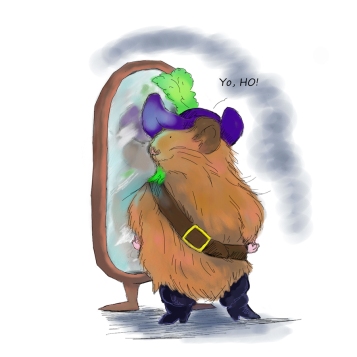 She fell in love with pictures early.

“One of my first clear memories is at 6 years-old, reading a picture book. I say ‘reading’, but really I followed the story by the exquisite art. I remember a feeling of yearning come over me to make pictures that were so beautiful. I also grew up on Donald Duck comics. I didn’t realize until many years later that I never usually read the comics, just followed the pictures. The visual sense of humour that I have in my drawings is totally influenced by the cartoonist Carl Bark’s Donald Duck comics.” 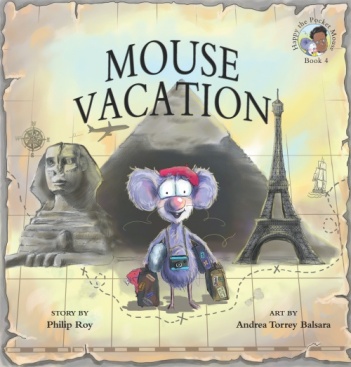 “With my picture book, Greenbeard the Pirate Pig, I was finally able to write and illustrate a book. Since then I have also illustrated the Happy the Pocket Mouse series, written by Philip Roy, through Ronsdale Press. Book 4, Mouse Vacation, came out in October 2016. Illustrating without writing the book is a whole new experience, and one which has taught me a lot about collaboration.” 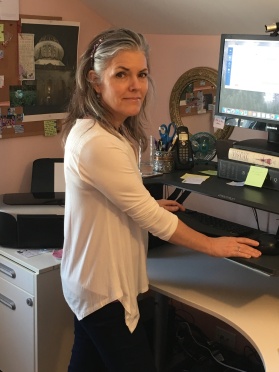 Andrea calls her work space her ‘art loft’.  “Really, it’s the former servants’ quarters. The stairs going up are grooved from the generations of servants going up and down the stairs. I love feeling connected to the history.”

From the window, she sees an expanse of trees, yard and old barns.

“I can’t believe I have barns!” 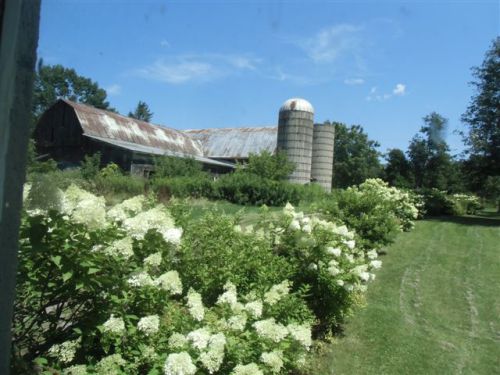 Knowing her passion for art, you may be surprised to learn that Andrea once dropped art altogether after getting a C in Grade 8.

“It was so devastating to me that I vowed never to share my art again. A drastic reaction! At that age, my sense of confidence was non-existent, so the grade felt like a defining moment to me. I avoided art classes after that, as I didn’t want to have my love of art taken from me. Odd kid-logic, I know.

“Now I feel I have so much catching up to do with people who have gone through art school; it’s made it a much longer learning curve for me to learn how to illustrate a book.” 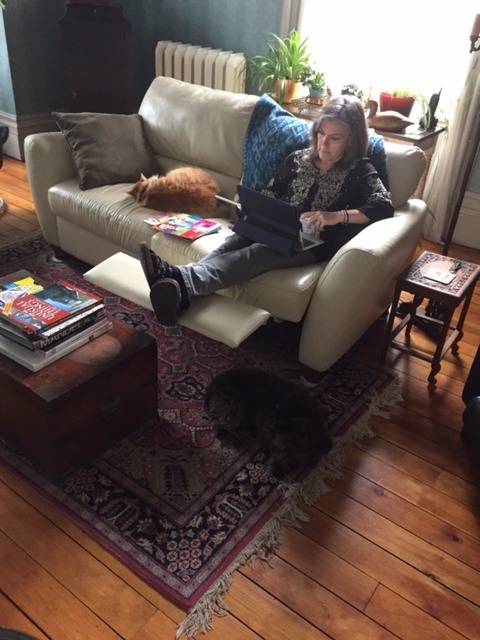 “I guess because in many ways I still feel like a kid myself. I went through a traumatic experience as a small child, and a part of me is still that age. I don’t relate to many of the books meant for adults as I often find them cynical, incredibly violent, and gratuitously sexual. I love the innocence and openness of children’s books. There is a joy to it that writing for adults doesn’t have.

“In children’s books it’s not only okay to have hope, and to believe that the world is a place of beauty and love, it is essential. Even the books for adults that I love come from a place of childlike innocence and the belief in the nobility of the human spirit.” 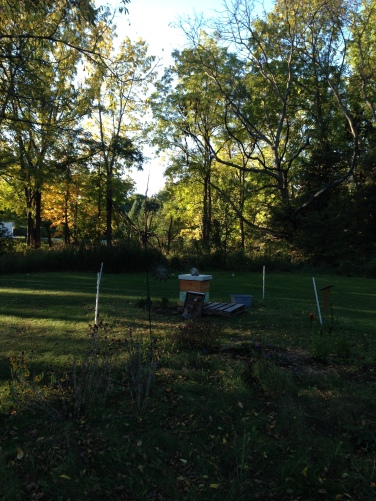 As with her art, care for her home has been a labour of love. She loves the living room because it now feels homey. But the house is old and required a lot of work.

“It took me time to love the house, as initially it smelled musty and the windows were decrepit, with bugs living between them and the storm windows. It was sweltering in the summer and infested with cluster flies. I bought a vacuum I could strap on my back, with an extension wand to reach the high ceilings, and wielded it like Luke Skywalker fighting the Evil Empire. Then, in our first winter (last year), we froze. I now own several sets of long underwear (thank-you, old house!) 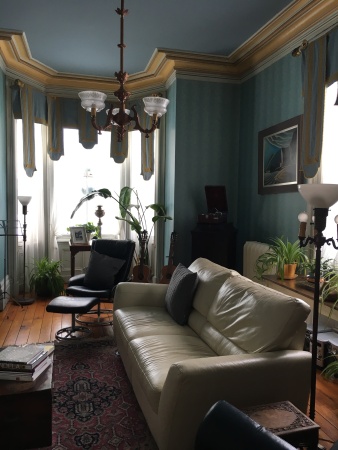 “Thankfully this winter, with the new radiators we had installed, it has been snug. Now that we’ve sorted out some of its issues I love our old Victorian home’s uniqueness.”

Here in this unique home, Andrea is also completing a young adult novel called The Great and the Small.

“It’s about a colony of rats, led by a charismatic chairman, who are waging a war to exterminate humanity using the bubonic plague. The only thing between annihilation and life is the chairman’s nephew Fin who is rescued from certain death and nursed back to health by a teenage girl. Fin grows to love the girl, and realizes that what his uncle has told him about ‘two-legs’ is wrong. Now he has to choose: follow his uncle whom he adores, or turn against him and rebel.”

Home, family, art — Andrea appears to be in a very good place. Her husband Nav and daughters are her greatest supporters. And there’s other joyful news: her older daughter will be married at the beautiful family home this fall.