With public launches suspended during the pandemic, more authors have taken to launching their books online.  Poet Annette Pateman is one of them.

On Tuesday she launched her new book, Spectrum, online from her home:

“We are in a global pandemic and we are all experiencing life at a different angle. So I focussed on enjoying the performance and bringing positive energy to it.  What I enjoyed most was the sense of sharing my stories with the public.”

Annette, born and raised in London, England, now lives and writes in Thunder Bay, one of northern Ontario’s most beautiful cities.

“I moved to Thunder Bay when my husband got a job here. I have been writing for years but moving to Canada has increased my interest and dedication.

“My own background is in education as a trained science teacher. I worked in high schools for several years in the UK. I have also worked in community diversity work both here and in the UK.”

Annette was pleased to learn that the local library was planning to give online space to authors.  She prepared the instruments – a drum, tambourine and maracas — and selected an area of her house as a backdrop. She then set up her camera.

“It was a little disconcerting to perform my poems to a camera without an audience and no-one else in the house at the time.  However, I really enjoyed it. The sun was shining that day, which was uplifting, and the use of percussion instruments always anchors me in the performance of my work.”

The poems Annette read at her launch are all the more impactful because she’s an excellent performer who easily switches between a British accent and a Jamaican one, depending on the poem. (Her parents are Jamaican-born, and some of her poetry expresses her heritage.)

Her local library helped by distributing the video Live on Facebook:

And her favourite poem in Spectrum?

“My favourite poem is ‘The Letter’ on page 45.  This is because it is based on the immigration story, from Jamaica to the UK, of my parents.  My mother received a letter from my father, who was already living in the UK in the 1960s and she knew she was going to the UK.

“However, another woman was left behind in Jamaica. When I wrote the poem it was the voice of the woman who was left behind that came to me so I wrote it from that point of view. I didn’t know that it would become my favourite poem in the book but whenever I read it people seem to respond to it positively.

“The woman who was left behind was the mother of my older sister…..”

To buy a signed copy of Spectrum for $22 including postage, contact Annette at annettepateman@yahoo.co.uk

Accepting a blogger friend’s challenge, I painted my nails purple to attend the Festival of the Arts in Cobourg, Ontario last weekend. 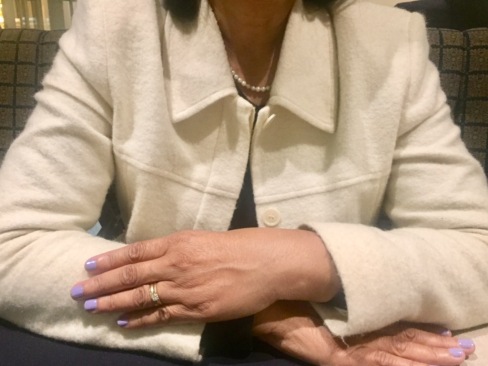 Of course, my friend won the challenge hands-down (hands-up?) because in this picture below, she’s also wearing a purple shirt!

I’m a volunteer with the Festival and it was a great success! Painters, photographers, authors, actors, musicians and others shared their talents with enthusiastic audiences. 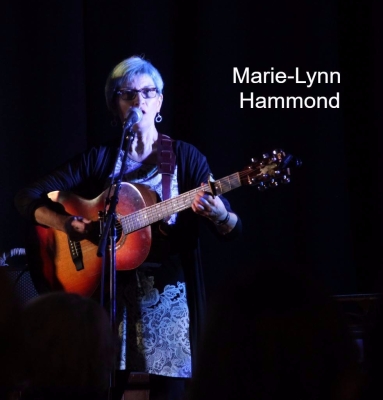 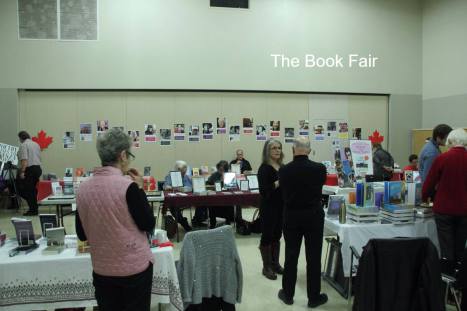 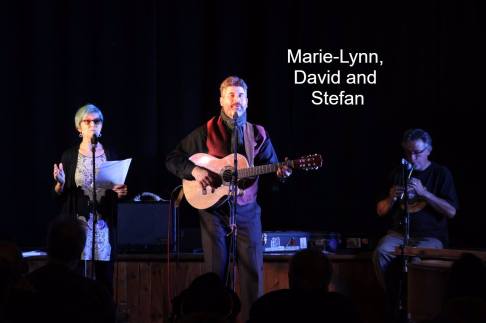 Above 6 photos by Hamlin Grange

In the photo just above, publisher Jennifer Bogart(right) and I are presenting gifts to Felicity Sidnell Reid (left) and Susan Statham (2nd from right), the hard-working co-chairs of the Festival’s organizing committee.

It’s also been a great ‘Myrtle week’.  I dropped into A Different Booklist  – one of Toronto’s best-known book stores. Owners Itah and Miguel introduced me to customers Shay Lin (holding a copy of Myrtle), an international student from China, and Qing, her mother. 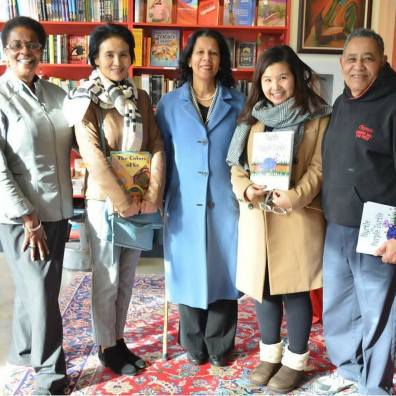 Earlier, CBC Radio interviewed daughter Lauren and me about Myrtle. Metro Morning host Matt Galloway and his team were terrific. They pre-interviewed us, and, when we arrived, made us welcome. Then they talked us through the journey the interview would take. 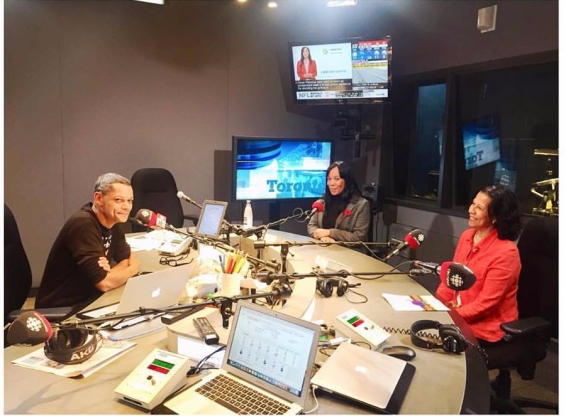 They were so kind, I suspected that someone in the team must have read An Honest House, which describes my struggles with PTSD, cognitive difficulties and pain following a car accident. So I asked producer Morgan Passi.

Imagine my delight to discover that this is just the way they operate! 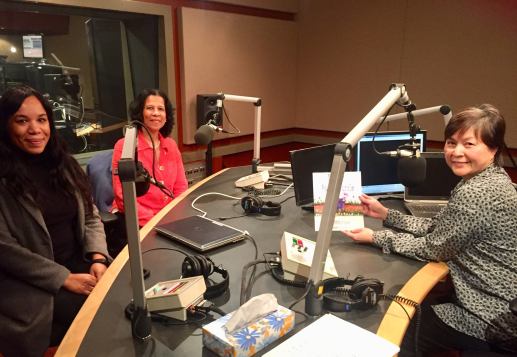 Next, Lauren and I were skilfully interviewed by the wonderful host of Ontario Morning, Wei Chen. She greeted us warmly, made us feel entirely at home and the interview began.

A few days ago, Seattle’s Allen J. Mears posted on Facebook a photo of his daughters, Megan, 8, and Hailey, 6, with Myrtle. I loved it! Thanks to the Mears family for allowing me to share it here. 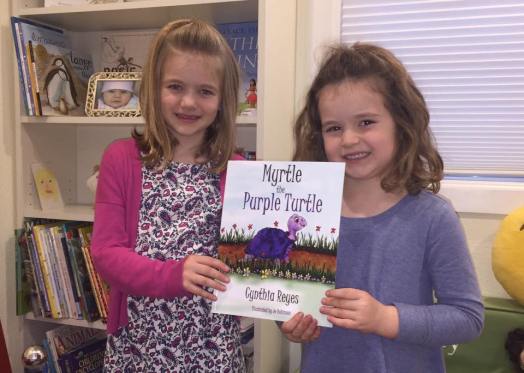 I love  photos of children reading Myrtle, courtesy of kind parents and grandparents. 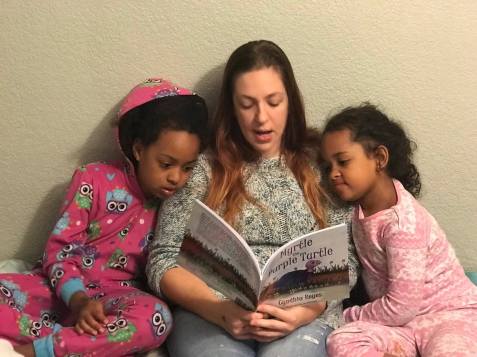 In these photos, Ashly Dixon in Wisconsin is reading Myrtle to her daughters Denali, 9, Anika, 6, and son Vincent, 2, while their father Damien takes the photos. 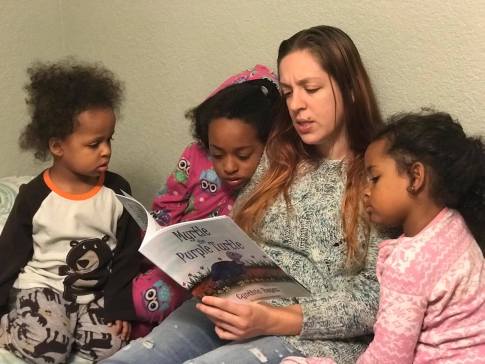 Ashly says they all love the book, including the brilliant illustrations and Myrtle’s “message of acceptance and knowing one’s self-worth” .

And don’t you just love the pyjamas?

Carl Randall, a veteran marathon runner, did something unusual to spread the word about Myrtle.

He and his wife Jackie have brought Myrtle to libraries in various cities — including New York, where he recently ran the marathon.

Thanks, Carl and Jackie!

Finally, Kev Cooper – blogger, book reviewer, author and musician — has made Myrtle “Book of the Month” on his website, Books & Music.  Wow, Kev! Thank you!

The house that the Elliott family built back in the late 1850’s fell into the right hands nearly 130 years later. 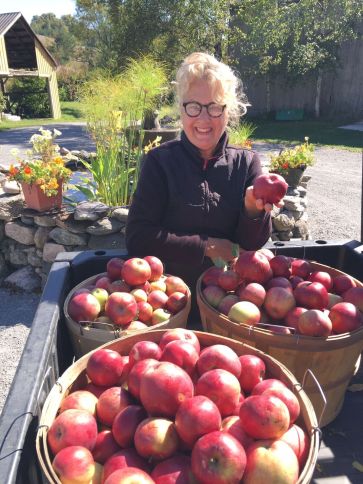 It’s a good thing it did. 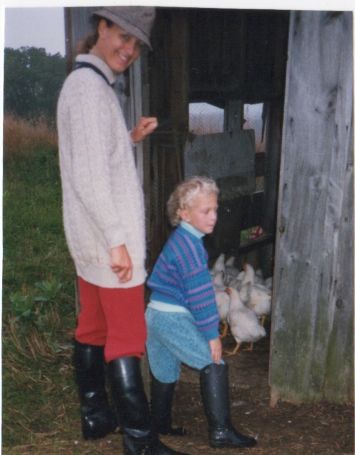 In 1986, the place was so dilapidated that another buyer might have either demolished the house and barn, or renovated the character out of them. 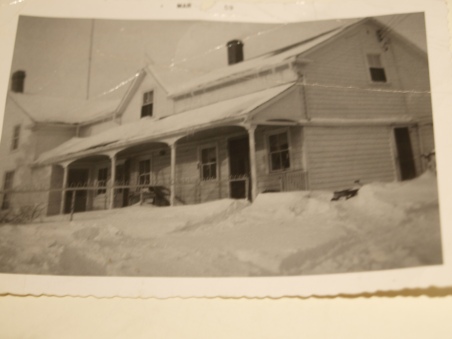 But the Boothmans had the vision, patience — and resources needed — to bring the property to new life, without destroying its character.

Allow me to digress a little at this point, please…

Remember that the Boothman kids refused at first to to move with their parents into the family’s farmhouse? It was Hallowe’en 1986, and with a cemetery for a neighbour, the children were afraid the ghosts would come next door to their home. (See Part 2) 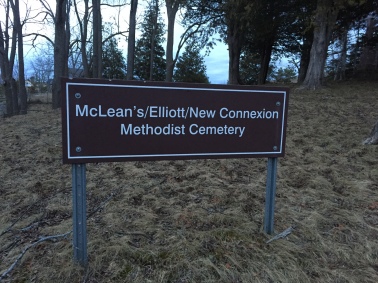 That historic cemetery is also on the Doors Open tour this year.

It was the Elliott family who donated the land for this cemetery and the church that once stood there  — Kendal’s first church, New Connexion Methodist.  It was later named for the Elliotts and their neighbours, the McLeans.

Of the two neighbouring families, the McLeans achieved greater fame.

A McLean grandson, (James Stanley McLean), became founder and president of the well-known Canada Packers company.  Wealthy and influential, James and his wife built a stately Georgian-style house on 50 acres in Toronto. 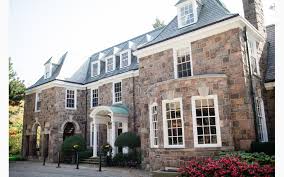 They called it “Bay View” — which later inspired the name of one of Canada’s wealthiest neighborhoods, Bayview Avenue.

Today their former home belongs to world-famous Sunnybrook Hospital.  Renamed “McLean House” in their honour, the house is used for events — a fundraiser for Sunnybrook’s medical research.

But let’s return to the main story of how the Boothmans saved the Elliott house and created a beloved home for their own family.

In restoring and renovating the property as they did, Nick and Wendy preserved its history, and went far beyond.

They gave it a new life, deserving of a new name: “The Grange”.  The Boothmans have therefore created a legacy of their own. 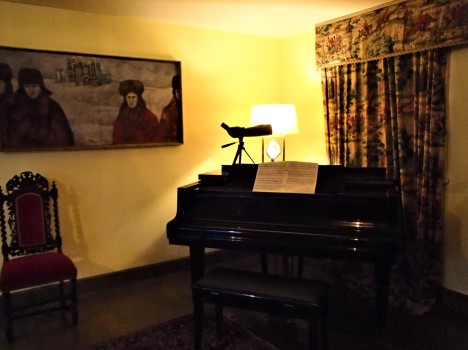 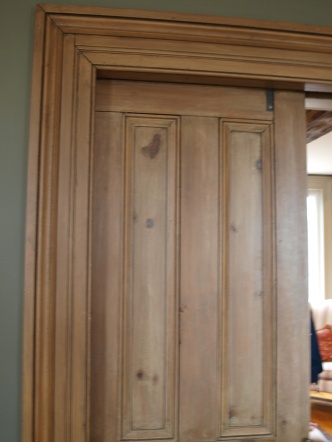 Three generations of the Boothman family — and their friends — have enjoyed The Grange.

Wendy remembers that “one of the children’s friends called and asked if he could get married here, saying: ‘The Grange is top of our list because of the memories and the setting. Is it doable?’ “

In all, five weddings have been held here. Son Thomas, and 4 of the children’s friends, all held their weddings at The Grange.

Much has changed in 31 years.

Wendy has launched a variety of ground-breaking projects. She’s assisted on some long-distance projects too. Born in S. Africa, she’s proud of helping her brother-in-law Mike with a project, led by Nelson Mandela, to develop effective volunteerism in S. Africa.

More recently, she won, on behalf of Durham Region, the Guinness world record for the longest picnic table in the world.

Nick, meanwhile, has become a well-known author of several books. 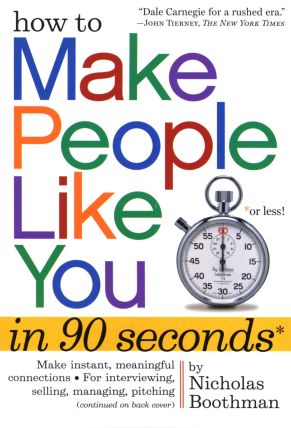 The Boothman children have grown up. Wendy and Nick now have 5 grandchildren.

It’s the grandchildren’s time to explore and enjoy The Grange — this home settled by the Elliotts and transformed by the Boothmans, more than a hundred years apart. 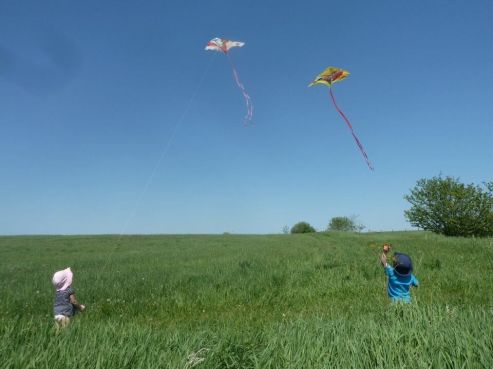 It doesn’t snow as heavily as it used to, and Wendy misses the snow. But she and Nick cherish their home, with its “peace and quiet, the gardens and the views”.

On June 10th, 2017, as part of Doors Open Clarington, The Grange hosts its biggest audience: hundreds of people from the area and far beyond will explore this storied home.

Wendy and Nick will warmly welcome everyone, happy that they took the risk, 31 years ago, of restoring a property that many would have rejected.

McLean House photo from The Estates of Sunnybrook

Other photos provided by Nicholas Boothman

Thanks to Doors Open Clarington and the Boothmans for research assistance.

I kid you not: I could get lost in a room.

So – naturally – I got lost while coming home from an appointment in a nearby town. 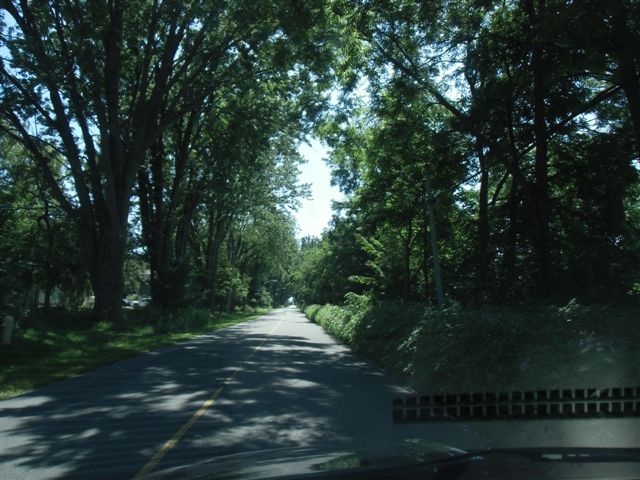 The key to getting lost graciously is to act as if where you’ve ended up is where you’d meant to go all along. But I was too agog at where I’d ended up to even pretend to be gracious. My mouth fell open.

In no time at all, I’d gone from modern streets and brand-new neighborhoods to this old country road and a feeling that I’d time-traveled into the 1800’s. Beautiful old houses flanked both sides of the road.

And I knew, without being told, that some of these homes had belonged to certain local families for generations. It was that kind of place.

Most were surrounded by expansive grounds with big old trees… 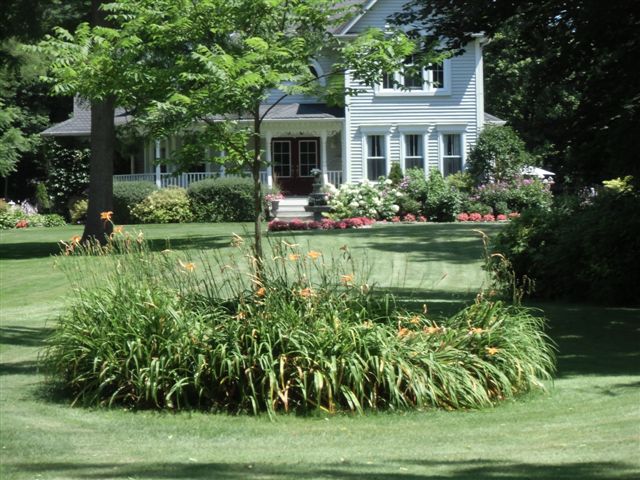 On the lake side of the street, were more gardens, houses and infinite vistas….

Parkland and beaches and families at play…. 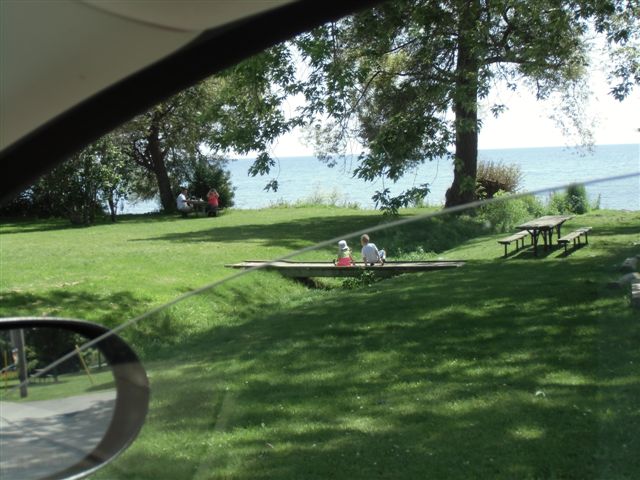 Boats at the marina… 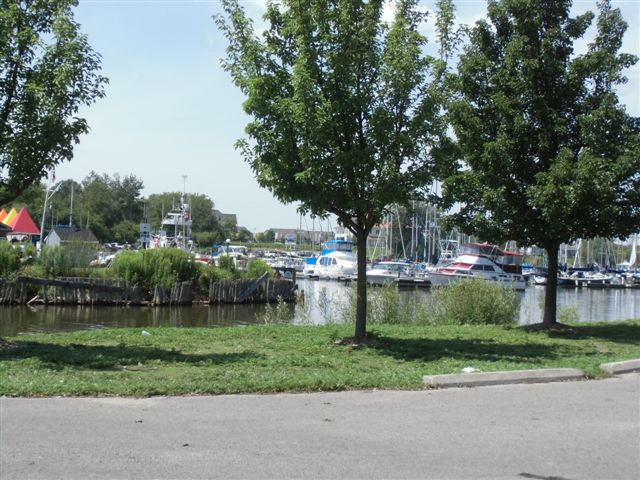 Where on earth was I? 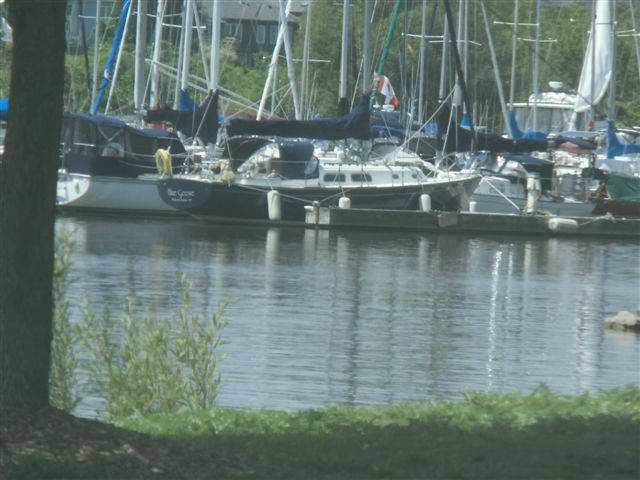 Not one to panic till I’d run out of options, I kept going…  and thought I’d seen that enormous old tree just a minute or so before I turned…

So I turned around again and kept going…..

I’d never heard of it.

Later, I’d learn that Bond Head, formerly known as Port Newcastle, was once a thriving harbour, with ships ferrying cargo to and from Quebec, Toronto to the west, Kingston to the east and various American ports.

In 1856, Bond Head and the neighboring village merged under the name of Newcastle. The overall region is now known as Clarington.

But right now, I was just busy being lost.

And then I saw a strangely beautiful old house.

This house must have a great story, I thought.

And this is how I met a man named Ron, whose historic home had belonged to generations of an illustrious Bond Head family which counted as relatives two Lord Mayors of London, England, and had a big impact on the life of many Canadians, including themselves.

Dedicated to lovers of history everywhere, including residents of Bond Head and Newcastle in Ontario.