Let’s face it: you have to really love books to own a bookstore these days.

That’s what I say to Bob Newland, owner of Fanfare Books in Stratford, Ontario.

Q. Owning a bookstore doesn’t seem like a way to get rich quick. Why do you do it?

A: You are right: money is not the motivator. But the store provides many other satisfactions:
1)The people- I get to hobnob with the most intelligent, erudite and well-read people on the planet.
2)The books- Everyday is Christmas!
3) Sundry satisfactions- While it doesn’t happen as often in reality as it does in The Little Paris Bookshop,  every now and then someone will say that a book that I sold them years ago made a profound change in them. Often a book is a personal thing and it’s nice to think that I have made a difference, however small, in their lives.

Thousands of people visit Stratford each year. It’s a beautiful city, with nature (including the Avon River) adding its charms. 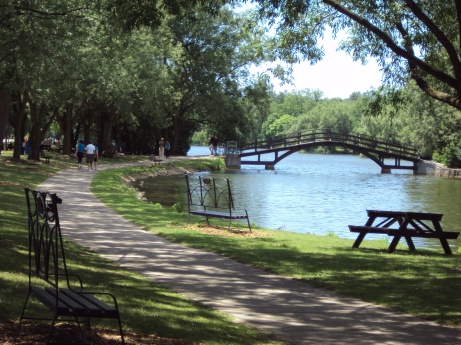 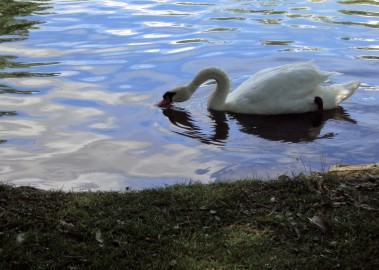 Q: Who are some of the individual shoppers who have delighted you by coming to your bookstore?

A: The most fun story that I have is this:
First Saturday in December is our sale day. We’ve been doing this for thirty years and it is usually the busiest day of the year. A couple of years ago, Colm Feore came in- as he sometimes does- and held half of the substantial crowd in thrall for about half an hour as he described how he grilled a steak. Now THAT`S entertainment!

(Colm Feore is one of the busiest actors in Hollywood, but his home is in Stratford and he’s a beloved star of the Stratford Shakespeare Festival.)

Bob’s mother, a teacher, fostered a love of books. He studied English literature and Bob managed bigger bookstores before buying Fanfare in 1989.

But it also carries books by less well-known authors like me. (Thank you, Bob, and store manager John Woodward.) 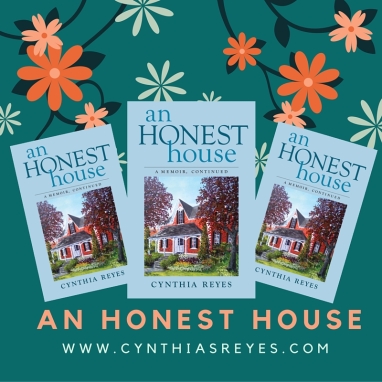 Q: Why should readers and society in general value bookstores today?

A: Books are the instruments that produce and preserve culture and civilization.
Okay, it sounds like hyperbole but it’s actually true.

The bookstore is a place of discovery.

It’s where you discover passions that you didn’t know you had.

It’s the place where serendipity happens. Also, taking text out of the equation, a well-made book is an object of beauty in and of itself. I love the look and feel of a book where the designer had the talent, patience, awareness and materials to make something special.

Of course I’m anxious. Wouldn’t you be?

The book I ran away from, repeatedly, is finally published.  And now I wait.

Except, several bloggers have done a lot to make the waiting easier. Some sent me wonderful email reviews as they read An Honest House:  “I’ve reached (this) part now and I’m loving it!” Or: “I stayed awake till 2 in the morning, reading!” And so on.

That’s a new experience for me, and I appreciate it.

Then,  Sally Cronin, a European blogger who has done much to help authors and other bloggers around the world, kindly highlighted An Honest House.

And, from Gibraltar, Katherine, the sharp-eyed editor and tough book reviewer  who previewed the book before it went to print, published her review last weekend. Finally, I found out what she thought of the finished product. (I was anxious.)

Last weekend, my book was blessed and launched.

By our priest, Rev. Canon Claire Wade at St. Thomas’ Anglican in the village of Brooklin, Ontario

And our church community, family and friends

At 9.a.m in the morning of a long weekend, no less! 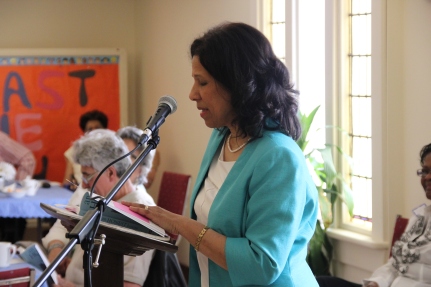 It was a full house. The food was great, the speeches were short, and I didn’t stutter or cry while reading.

Thanks to Hamlin for the photos and to publisher Don Bastian for his beautiful speech below:

“I’ve attended many book launches, but this is the first book blessing I’ve ever heard of.  I think there should be more of them!

In my experience as an editor and reader, memoir writers fall into one of two camps.

In one camp are those who create a book. Their book falls somewhere on the spectrum from boring waste of space to keen insight into a life well spent. But in the end, all they have created is a book.

I think you know into which camp Cynthia Reyes has pitched her tent. 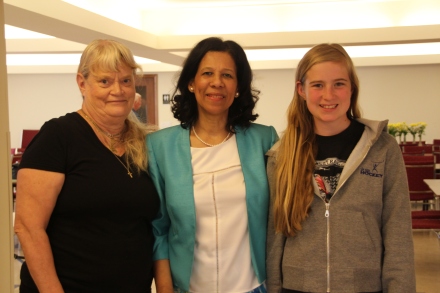 Opening the pages of AN HONEST HOUSE is like opening a colourful gift. Yes, we do grapple with the pain we are subject to, having messed things up in the Garden of Eden. But we do get closer to the border of that wonderful garden. We are drawn into Cynthia and Hamlin’s literal garden and into their big-hearted marriage and church relationships and extensive set of friendships. And we are so much the better for it.

Thank you, Don, Hamlin, Rev. Canon Claire, Sharon and everyone who took part.

Like any other criminal, I am entitled to a defence, after all.

So before I confess, let me say this in my defence:

It’s not that I plan to steal books.

It’s not even that I mean to.

But, somehow, I steal books.

I have been an obsessive reader since early childhood and it continued throughout my life.

One summer when the school library was closed and I had run out of things to read, I even read the Bible.

Someone must have dared me.  And, being very smart, I didn’t realize that some bets shouldn’t be taken.

You have no idea what it cost me.  Two years before, I’d decided that I was an atheist.

The kind that half-believes in God at night, in the middle of a furious storm.

But an atheist nonetheless.

I had hardly begun, when I got to the begats.  They  nearly did me in. Jacob and his wives begat dozens of children who begat dozens more children and when I woke up the next morning, they were still begetting.

Reading the begats was cruel and unusual punishment and I had no-one to blame but myself. 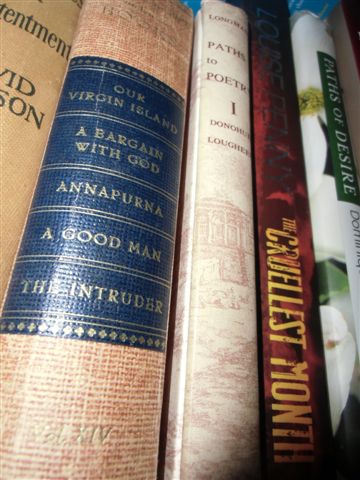 I imagined that God was having a great laugh.

If I believed in her, that is.

I first stole a book when I was about ten years old.  It was probably a Nancy Drew or Hardy Boys mystery.

I gave it back when I finished reading and I never stole another book till I found myself at a silent convent some years ago.

“You stole from the nuns?” I hear you asking. 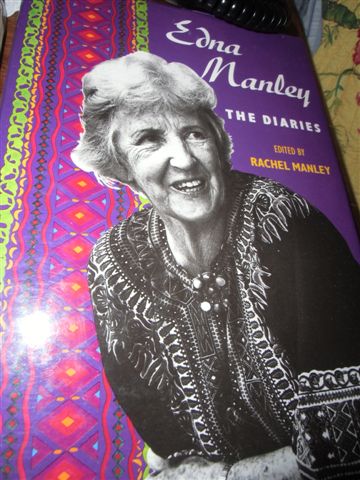 Yes.  I stole two books from the nuns, but I did not chop down their cherry tree.

I returned the books a whole year later. And they forgave me, smiling at my extreme penitence. 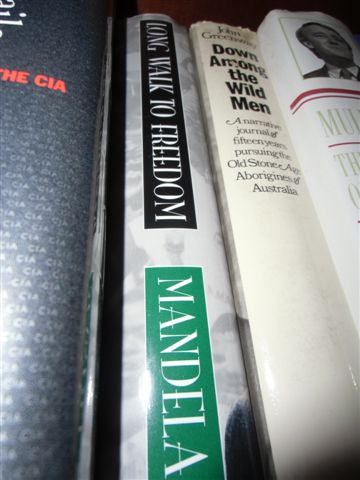 But I stole a few magazines before then.  From airplanes or airport VIP lounges.

Stole them and brought them home because of a great story I wanted to finish reading.

I must have felt really bad about it, because I kept stealing them.

Till one day my eyes caught a small sign on the cover of one magazine, making it clear that the magazines were free to customers.  All three magazines had the same sign.

I know God was having a great laugh.